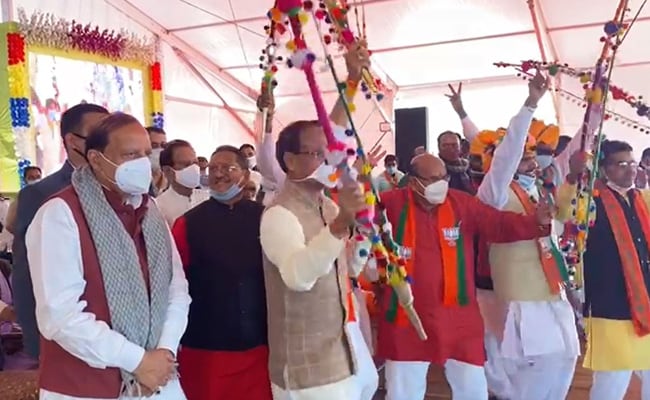 Madhya Pradesh Prime Minister Shivraj Singh Chouhan was seen dancing with colleagues at an event in the state’s Sehore district on Sunday.

Surrounded by BJP leaders and workers, the Prime Minister can be seen wearing a mask and holding a traditional bow while dancing to folk music. In front of him, a group of men and women in brightly colored dresses form a circle as they perform a traditional dance.

The event was part of the distribution of forest rights lease certificates to tribes in Bhilai Village, Sehore District.

Mr. Chouhan said the lease certificates were offered to those who owned forest land before December 2006.

Mr. Chouhan alleged that the previous congressional administration was unfair to tribes. “Attempts have been made to invade their country, to catch them in legal proceedings, and tractors have been confiscated. The BJP has overcome this injustice,” said Chouhan.

He promised that he would leave no stone unturned to provide irrigation systems in every village by adding “roti” and education would reach everyone.

The government will consider increasing the proportion of women in industry and consult with industrialists, Chouhan said at another event.

“Employment of women in industry will increase. After discussions with industrialists, a policy will be drawn up in this direction. Our daughters are fully qualified to work in industrial plants,” said Chouhan.