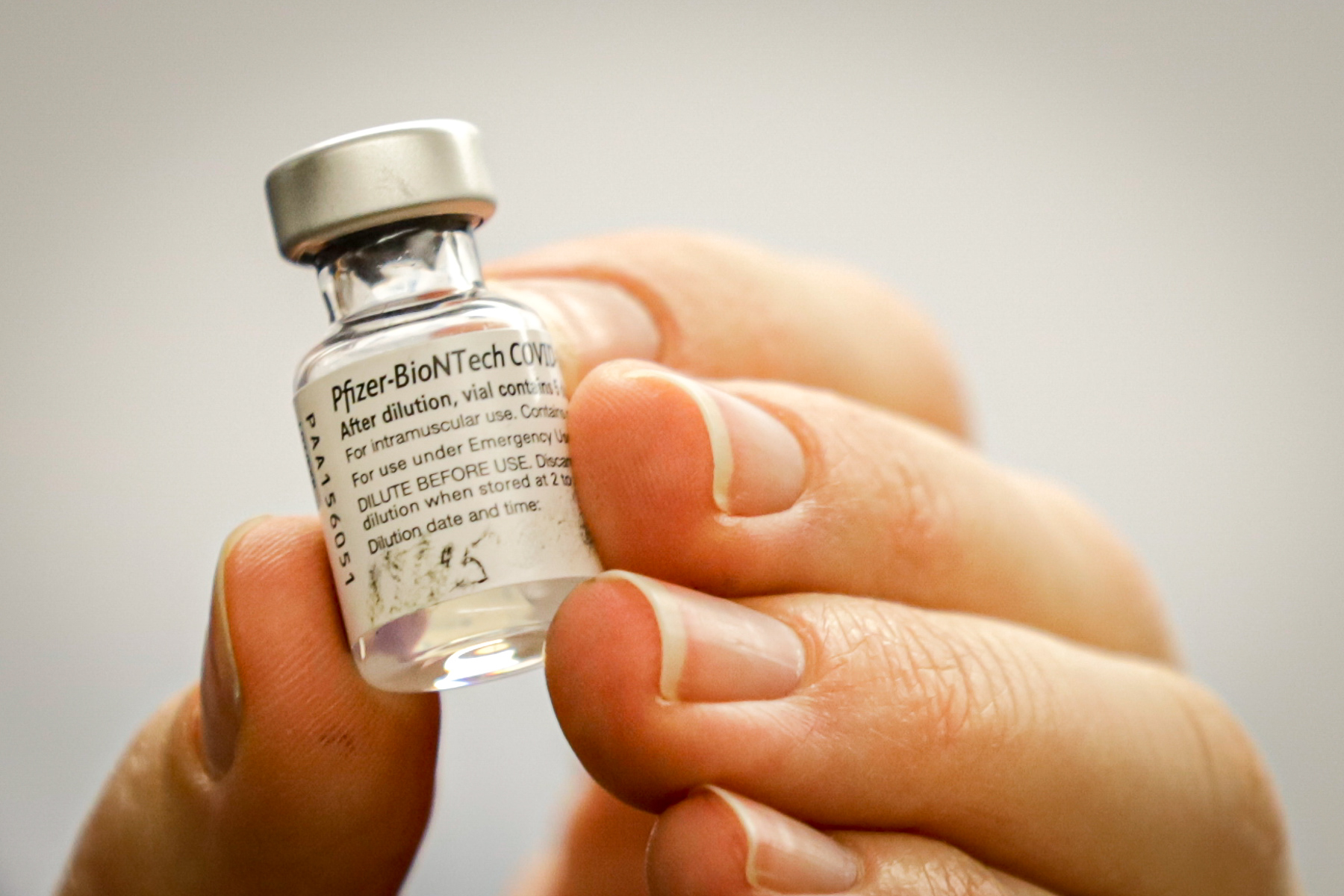 Two Juneau health care workers were treated for allergic reactions to COVID-19 vaccine from pharmaceutical companies Pfizer and BioNTech this week, including one who had a severe anaphylactic reaction and was hospitalized in intensive care.

The woman, who has no history of allergies, spent Tuesday evening in intensive care at Bartlett Regional Hospital in Juneau and was cleared of adrenaline early Wednesday, officials said at a press conference. She stayed in the hospital Wednesday night, hospital officials said.

The second worker had eye puffiness, lightheadedness and scratches in his throat shortly after receiving the vaccine on Wednesday, Bartlett officials said in a prepared statement.

The male worker was taken to the hospital emergency room and treated with multiple drugs, the statement said. The man’s reaction was not considered anaphylaxis and he returned to normal with an hour and was released.

Both workers said they didn’t want their experience to prevent others from getting vaccinated, the hospital said.

The woman who was hospitalized said she was still excited about the shot and was disappointed to lose the opportunity to inject a second dose a few weeks later, Nobel Anderson, one of her doctors.

“She encouraged us all to keep going,” Anderson said at a press conference Wednesday.

The New York Times first reported the woman’s reaction on Wednesday morning. The man’s response was announced by the hospital late Wednesday.

The woman’s anaphylactic reaction is the only one reported to date in the country, said CDC deputy director on infectious diseases Dr. Jay Butler, at the press conference. And the state has no plans to make changes to its COVID-19 vaccine distribution program, said Dr. Anne Zink, Alaska’s chief medical officer.

“There were over 40,000 people in the studies and we didn’t see any reactions like this,” she said.

Zink summed up the event by relaying a comment from one of the vendors covering the woman’s reaction: “Lightning is going to strike somewhere.”

“Our goal is to be transparent to Alaskans and the public,” Zink was quoted in the hospital’s statement late Wednesday. “We have no plans to change our vaccination schedule, dosage, or treatment regimen.”

Regulators had already warned medical providers to watch out for allergies after it was reported that two UK healthcare workers also had anaphylactic reactions when injecting the Pfizer / BioNTech vaccine last week. Alaska hospitals monitor recipients of the vaccine for a period of time after their injections.

Pfizer said its vaccine clinical trials have identified “no safety signals of concern” and anaphylactic reactions to vaccines are generally rare, estimated at just over one per million doses.

The woman’s symptoms began 10 minutes after injecting the vaccine when she felt red while still being monitored in the hospital foyer. She took a Benadryl but still felt out of breath and was rushed to the emergency room, said Lindy Jones, the doctor who treated her there.

Jones was concerned about an anaphylactic reaction and gave the woman “standard treatment” for adrenaline, and she “reacted immediately,” he said. She was also given other antihistamines, including Benadryl and Pepsid, as well as steroids, which Jones described as another standard treatment for anaphylaxis.

Since the woman’s symptoms returned when she drew off adrenaline, she was taken to the intensive care unit for observation and kept overnight. Providers plan to discharge her on Wednesday evening “provided there are no other symptoms as she is out of medication,” Jones said.

CDC staff are now working with Bartlett clinicians to analyze the results of laboratory tests given to the Juneau woman “so they can learn more from that experience,” said Zink.

“The system worked exactly as you would hope it would in this situation to make sure we could respond and learn,” she said.

Bartlett, along with Anchorage’s Alaska Native Medical Center, was one of the first places in the state where workers were injected with the COVID-19 vaccine on Tuesday. According to Bartlett officials, 144 people had been vaccinated in the hospital by Wednesday evening, with a total of 400 having registered to be shot.