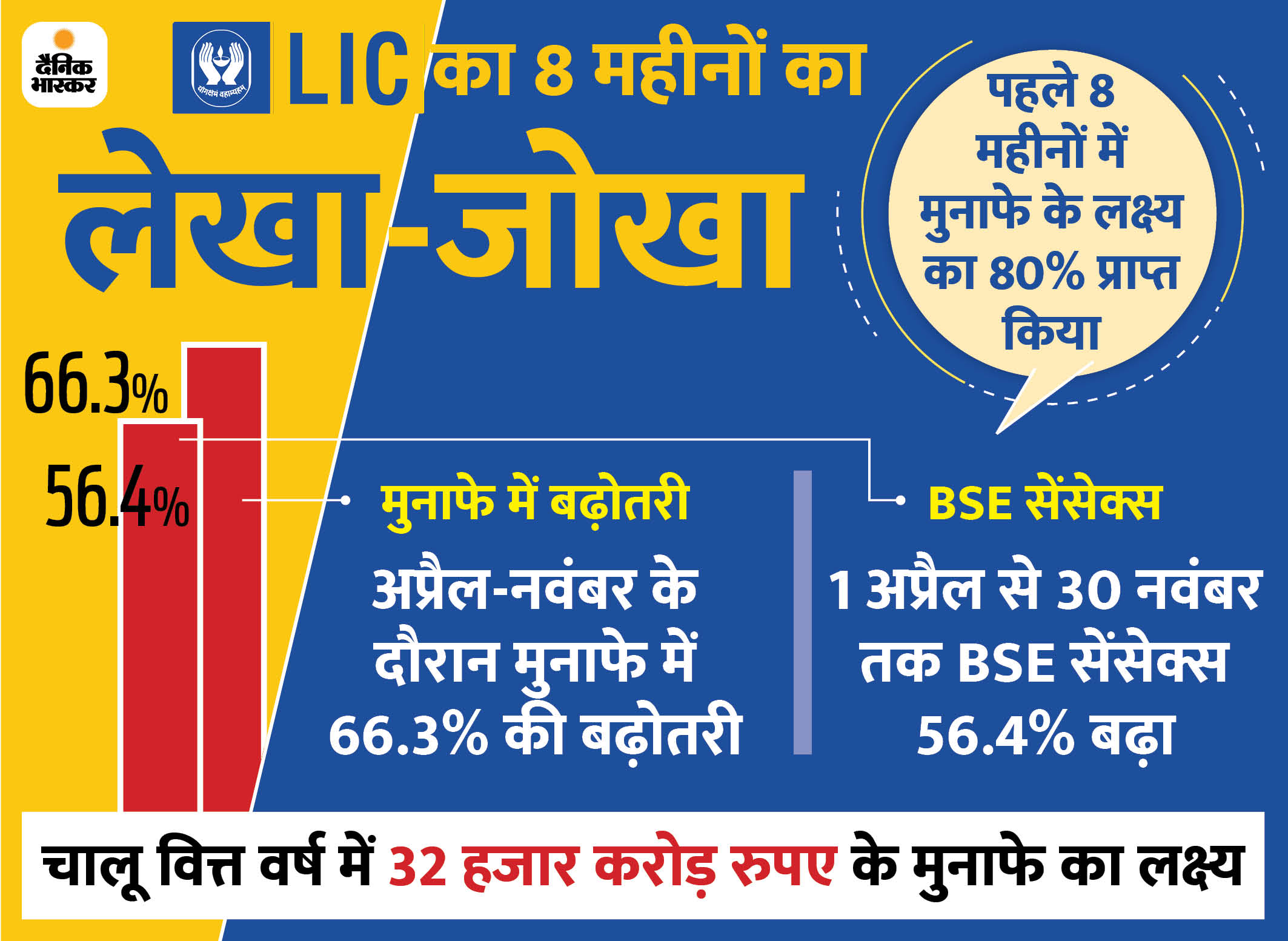 Life Insurance Corporation of India (LIC), the country’s largest life insurance company, reported a profit of Rs 25,908 crore from the sale of shares during the first 8 months of the current financial year i.e. April 1 to November 30. This is considered a relief news for LIC, which is preparing for the country’s largest Initial Public Offering (IPO).

According to reports, LIC profit in the first 8 months of the current financial year was 66.3% or Rs 15,578 crore more than the same period a year ago. LIC has set a target of profit of 32 thousand crores from share sale in the current financial year (2020-21). 80% of it is achieved in the first 8 months. This has been the highest earning from equity investment in LIC’s 64-year history. LIC had a profit of Rs 25,625 crore from the sale of stocks in FY 2019-20.

LIC has gained from the stock markets’ gains in record profits from stock sales. The Bombay Stock Exchange (BSE) benchmark Sensex recorded a jump of 56.4% during the beginning of the current financial year ie from 1 April to 30 November. A LIC spokesperson says the life insurance company is an opposite investor and the company focuses on long-term growth.

The spokesperson says that most of the time when there is a sale in the market, we shop. When there is a purchase in the market, we sell. This year has been particularly good. According to the spokesperson, with good buying we increase the equity portfolio. We have booked a record profit in equity. As of 30 November, we have made the highest ever profit in the history of LIC.

According to regulatory data, individual and group policy single premium businesses grew by 22.4% during April to November. The company received a premium of Rs 95,840 crore during this period. Increase in premium and profit could increase investor interest in LIC’s IPO. During April to September, LIC reduced stake by selling shares of ITC, NTPC, ICICI Bank, Nestle India, Britannia, ABB, Dr. Reddy Lab.

Most of the profit comes from the sale of shares

Most of the profits of LIC, the country’s largest life insurance company, come from the sale of shares. It is believed that due to better profit, LIC will give better bonuses and returns. Apart from this, the company will invest its surplus amount in the market, which will support the market in this uncertain time. Apart from this, new customers will also be added to the company in view of the profits. LIC spokesperson says that we have set a target of buying equity of 77 thousand crore rupees in the current financial year. However, this will depend on market conditions.