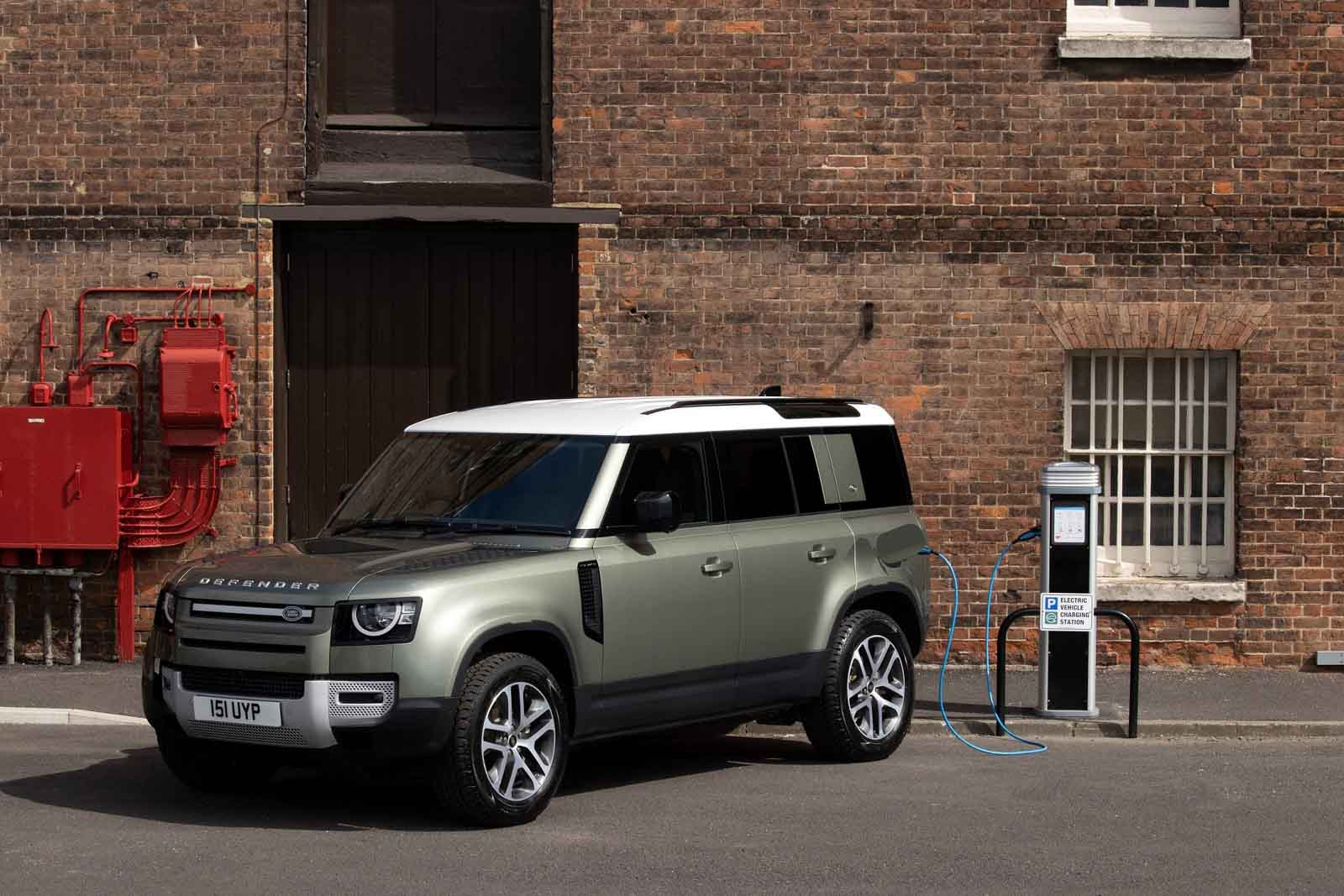 The plug-in hybrid version of the Land Rover Defender is considered to be the most powerful and economical Defender, reaching a speed of 0 to 100 km / h in just 5.6 seconds

Jaguar Land Rover India today announced the start of bookings for the plug-in hybrid Defender in the domestic market. The Defender P400e is the first PHEV from Tata’s own luxury car manufacturer and is considered the most powerful and economical Defender.

It has a 2.0-liter four-cylinder Ingenium gasoline engine that works together with a 105 kW electric motor, as the P400e achieves a maximum output of almost 400 hp and the maximum torque is 640 Nm. It is claimed to accelerate from zero to 100 km / h in just 5.6 seconds before reaching a top speed of 209 km / h.

The 2021 Land Rover Defender P400e is equipped with a 19.2 kWh battery and can be conveniently charged at home or in the office via a 15 A socket or a 7.4 kW AC charger. Speak when opening bookings, Rohit Suri, President and CEO of Jaguar Land Rover India said:

“We are very proud to present our first plug-in hybrid, the New Defender P400e, in India, a vehicle that perfectly balances performance and efficiency while maintaining Land Rover’s legendary off-road capabilities. This also confirms our commitment to introducing electric vehicles across the Jaguar Land Rover portfolio after opening bookings for Jaguar I-PACE in November 2020. “

JLR has confirmed that the upcoming Defender P400e will be sold in a total of four variants, namely SE, HSE, X-Dynamic HSE and X on the Defender 110. Delivery of the Land Rover Defender P400e 2021 is expected to begin in the first quarter of the next fiscal year ( Period April to June 2021). With luxury brands focused on bringing cleaner vehicles to India, we will be launching a range of zero-emission vehicles over the next year.

The Defender went in 90 and 110 variants a few months ago and is priced at Rs. 73.98 lakh and it goes up to Rs. 90.46 lakh (ex-showroom). The new Defender is sold in the versions Base, S, SE, HSE and First Edition and is based on the new D7x architecture. He is said to have the stiffest and stiffest body ever made by the brand. The off-roader with an aluminum-intensive architecture can be bought with five, six or seven seats.

It is powered by a 2.0-liter, four-cylinder turbo-charged petrol engine that generates a maximum output of 296 hp and a maximum torque of 400 Nm. The drivetrain is connected to an eight-speed automatic transmission that uses a double transfer case to send power to all four wheels.