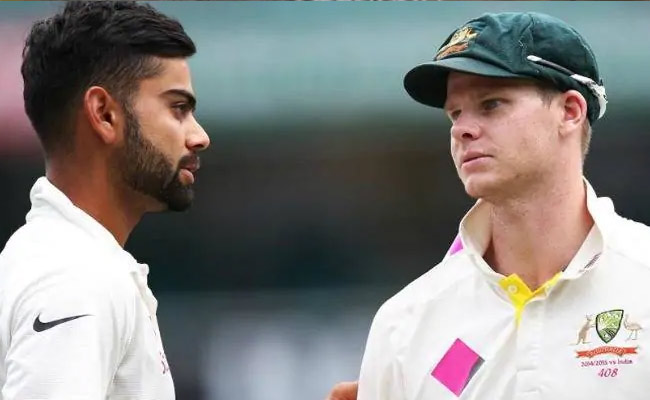 New Delhi: The Adelaide Pink Ball Test will be played on Thursday between India and Australia. The captain of the Indian cricket team in this context Virat Kohli, Australian star batsman Steve Smith engaged in a friendly conversation. On this occasion, Smith recalled an incident that took place during the 2019 World Cup match. During the match between India and Australia at the Oval Stadium in London, some Indians started swearing at Smith, who was fielding at the boundary. Kohli responded by asking them not to swear. He also apologized to Smith on behalf of the Indian fans after the match. (One match‌ .. two records)

Answering Smith’s question, Kohli said, “I believe that nothing in this life is permanent. We make mistakes .. we learn from them. It seemed to me then that it was not good to target a person personally. That’s why I told them not to curse you. Although we are rivals .. there is a humanitarian perspective. That’s why we can talk together today. We have talked about this before, ”he said.