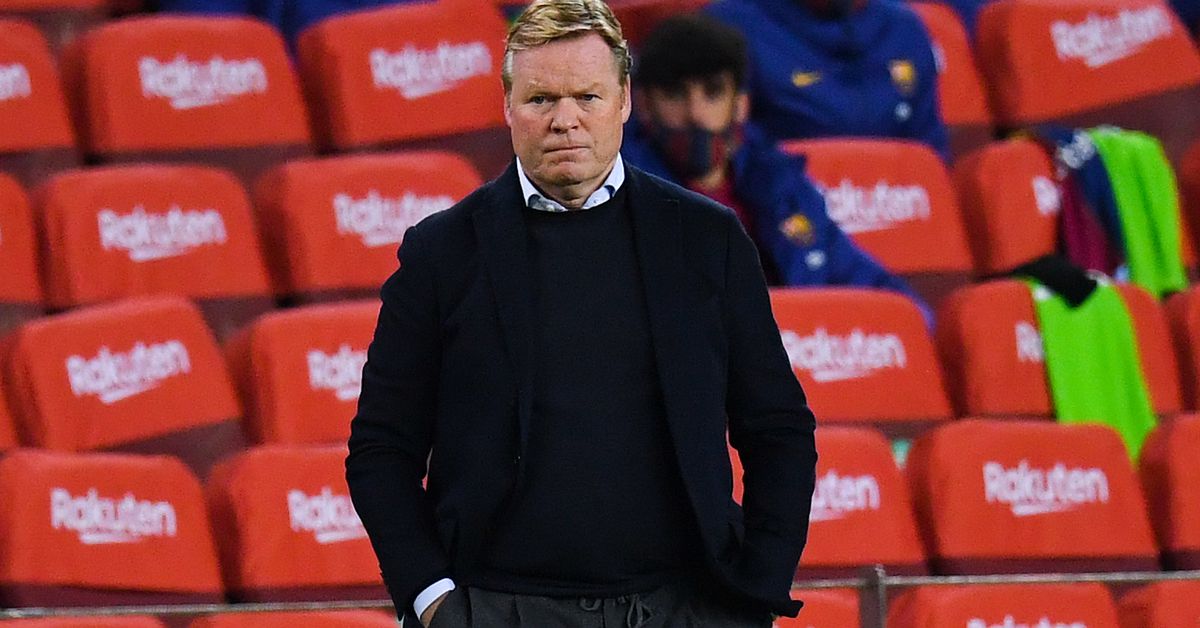 Ronald Koeman faced the press ahead of the La Liga clash against Real Sociedad on Wednesday night at Camp Nou.

The Barcelona boss informed about the fit of Ousmane Dembele and Ansu Fati, talked about Riqui Puig’s lack of playing time and of course about the opponents on Wednesday.

Here are the best parts:

You are a good team. You can tell that they have been playing together for a few years. I like the way they play. I know we have to play well, with confidence and possession, to cause them problems. I think it’s going to be an open game, last year it was open. Both teams want the ball and press, so I expect a nice open game.

I haven’t been with them for long, but I see a good atmosphere in the locker room and in the training sessions I don’t see any problem between them. Yesterday after training before Christmas they had a party at Ciutat Esportiva and the atmosphere is good, there was a lot of noise.

There’s always some interest from the press because he’s a local player and doesn’t play much. But we’re not talking about one player not getting minutes, there are many. We’re a strong squad and only 11 can play based on training and attitude.

He’s always been a player in charge of the build-up game, but he has other qualities to be more offensive as he is very quick with the ball and can break lines with the ball. We’re working on that with him. We want it to be more important in the last third.

Ousmane trains individually. He’s not part of the group yet and I won’t give a return date. Hopefully soon because he’s a player we need.

We talked last week about what needs to be improved. I like his attitude. It wouldn’t be good if he was happy. Let him be unhappy and work hard for opportunities to play.

With these types of injuries, it’s difficult to know when to come back. He works hard every day in the club’s facilities to get better, but it depends on how he progresses. We can’t take any chances, especially because of his age there is a lot of time left.

At the moment he’s a first team player, he’s training with us, he’s had some injury problems, but he offers competition for the central defenders. He’s a young player with a future on this team.

These are impressive numbers, we won’t find another player who gives so much to this club, that’s why he’s number 1. Once again, everything he’s done for this club is incredible.