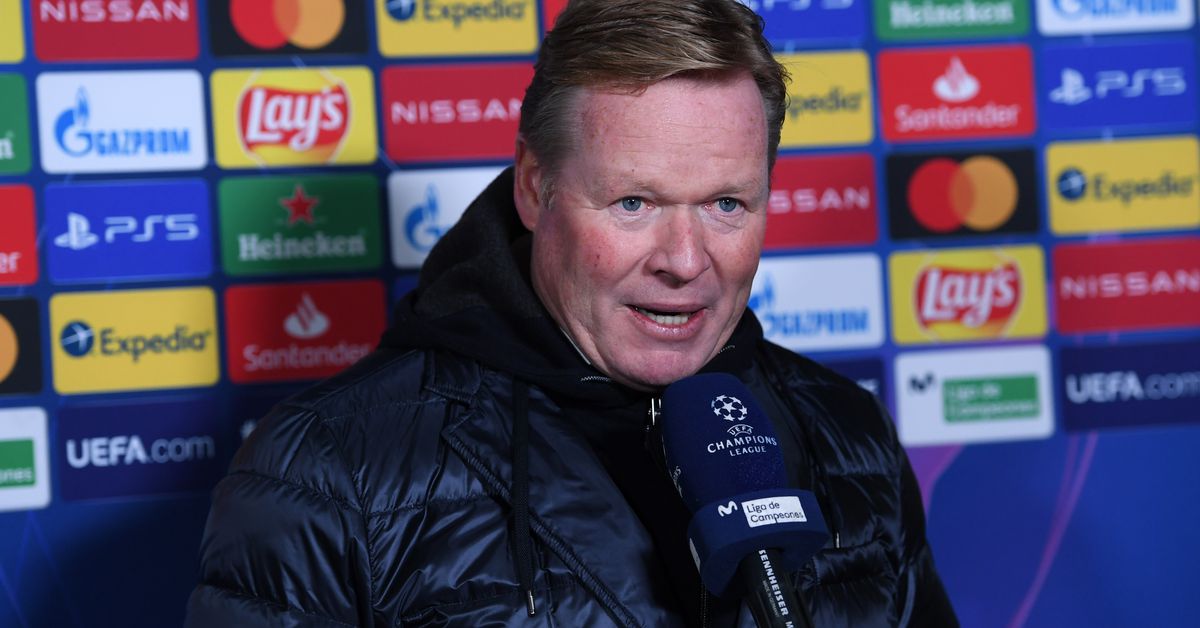 When Ronald Koeman was appointed to lead Barcelona, ​​the club knew what he was getting.

He was stubborn and wouldn’t be pushed around. In August these sounded like positive properties. The team was humiliated, Lionel Messi was determined to leave, and President Josep Maria Bartomeu was determined to stay.

It felt like a low point, the result of years of myopic decisions. At the time, few people expected Koeman to come in and win a league title. He inherited a mess, but his reputation as a disciplinarian allowed him to provide stability and leadership.

Despite the disappointing results and general disagreement from week to week, it could be argued that with the new president elections around the corner, Koeman did as well as anyone could have expected.

Realistically, Barca are playing for the top 4 in the league and a decent run in the Copa del Rey and the Champions League. This year is really about rebuilding, and with that in mind, those less ambitious goals still seem perfectly attainable. Ultimately, the new president will come up with a roadmap for the future and the first decision will be whether to choose a new manager.

Koeman now has a few weeks to earn this trust. It is best for the club to find a way to do things right. Hiring a new manager mid-season would be a big risk. In the short term, it is necessary to keep things stable.

For this to happen, Koeman must critically examine what is not working and not lose sight of the things that are there.

The most obvious problem on the field is the excess of 10s. Only one person should actually play this role, but on any given day Barcelona have up to four. Philippe Coutinho, Messi, Pedri and Antoine Griezmann stood against Valencia.

This mistake continues and there is no excuse for Koeman to continue with it.

To solve the problem, he has two options. The first is the realization that he won’t be able to play his most talented players at the same time. Coutinho is probably the weird man, but that doesn’t mean he won’t be a part this season. There will be many options, but for now, Pedri deserves the chance to be the first man. In the end, however, this may not be enough. If the overload persists in the middle, Griezmann may be the next player with the short straw.

The second option is to step away from the 4-2-3-1 once and for all. A 4-3-3 or 4-4-2 might not be perfect, but given the injuries it would take advantage of the strength of the available players.

The downside of this problem is how to get more breadth from the team. Recently, Martin Braithwaite was asked to play far. He did well, but it can’t go on. His impact comes as a center forward and not as a provisional winger.

Fortunately, Ousmane Dembele is returning soon. It won’t be enough. Konrad de la Fuente must be given a chance. Even if he’s not the first choice, he plays the position. That is extremely important. The team looks completely informal and disorganized, even when they play well. To remedy this, the players must be returned to their natural positions.

What really doesn’t work, after all, is the resentment against the players. If Koeman doesn’t give Riqui Puig and Miralem Pjanic a fair shot, he’ll shoot himself in the foot.

Adding these two players to the rotation and changing the formation to accommodate them would be a big bang for your money move.

The intensity has increased since the Juventus game, but it’s a capricious thing. To keep it going, you have to be rewarded with a constant profit.

Frenkie de Jong and Pedri have risen and it is the hot hand Koeman needs to keep playing.

The double cone should be banned. Instead, Barcelona have a winning combination with Sergio Busquets or Miralem Pjanic (let them fight for it) and Frenkie plays alongside Pedri in attacking midfield. This would require a return to a 4-3-3, which would have the added advantage of giving Riqui and Carles Alena chances.

Dembele was in great shape before he got injured. He was one of the highlights of the season and when he comes back he should be given the prominent role he deserves.

Martin Braithwaite was excellent, proof that a real number nine is better than a fake. Although he missed some opportunities, he created enough to make up for that.

After all, the kids are fine on defense. Sergino Dest, Ronald Araujo and Oscar Mingueza have done well given the big shoes they should fill. Koeman should stand by their side even when they make mistakes. This is the only way to learn and grow. If the team attacks and puts pressure on the opponents, those young defenders on the other end will be executed.

Some of these changes are obvious. The only thing standing in the way is the manager’s ego. Koeman’s confidence was a plus in some ways, but he has to combine it with humility to make the decisions necessary to keep the job.