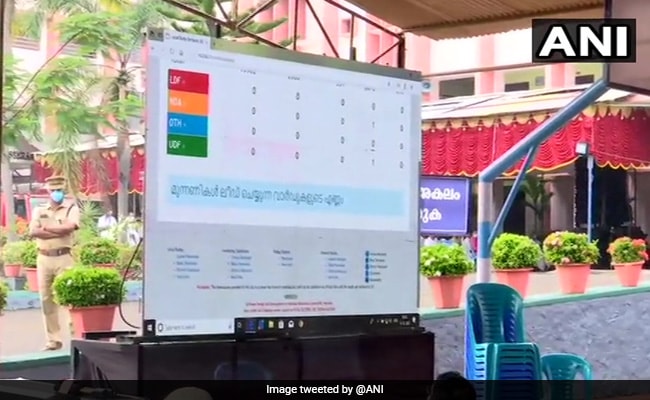 Kerala Local Body Election Results 2020 Live:Kerala On Wednesday, counting of votes was done for 21,893 wards in 1,200 local bodies from 8 am. In the election result, the CPM-led LDF has registered a spectacular victory. While the second number is the Congress-led UDF. On the success of the election, Chief Minister Vijayan tweeted that this is a message from those who love Kerala to those who are trying to destroy it.

Thank you Kerala. Thank you for reposing faith in LDF. We are humbled by the trust and the confidence of the people of Kerala. This is a victory for secularism and inclusive development. My warm greetings to all the elected representatives. pic.twitter.com/KGnAb6Xj4f

The Left Democratic Front (LDF) is ahead in 520 out of 945 gram panchayats and the opposition Congress-led United Democratic Front (UDF) in 371 seats. The LDF also won 10 out of 14 district panchayats, according to the state Election Commission data. Moving towards

Due to the Corona Protocol, 244 centers have been set up for counting of votes by the State Election Commission. State Election Commissioner V. Bhaskaran said that postal votes, including special ballots, have been counted before and EVM votes have been counted later. The state had the highest number of 8,387 candidates in Malappuram district and the lowest 1857 candidates in Wayanad. Elections started on December 8 in three phases.

Please tell us that next year Assembly elections Have to be. In such a situation, this local election is being considered very important. With this election result, political parties will be able to prepare the ground for next year’s assembly elections. Only then, despite all the restrictions and instructions related to Kovid-19 in this election, national issues were raised more than local issues during the campaign.

BJP delegation from EC met amid political confrontation with TMC in Bengal, demand for deployment of paramilitary force