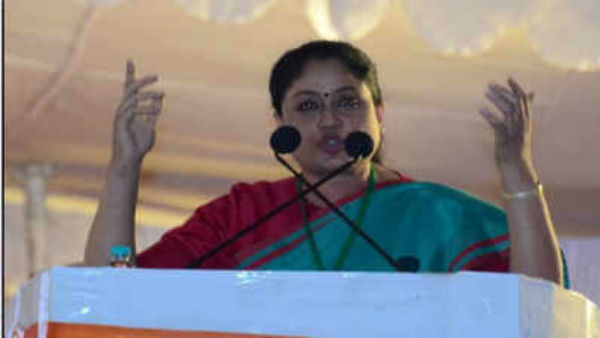 Dubaka won the by-election and the BJP won a majority of seats in the GHMC elections. Vijayashanti alleged that this gave KCR a shiver. That is why the mention of jobs has now been brought up. This was posted on Facebook. Vijayashanti recalled that the unemployed at once reminded KCR of the BJP’s aggressive blow in Dubaka and GHMC. Too many have been asked why they don’t care about their suffering for the past six years. Nathude didn’t even care during the corona .. but he was incensed that everyone was remembering the defeat.

“Everyone knows the intricacies of comparing the replacement of 50,000 jobs,” he said. He said that jobs and water were forgotten during the movement. The matter was forgotten when he came to power but KCR claimed that the BJP’s victory had created a rift in Gundel. That’s why the unemployed came to mind. He said the Telangana government had ignored the zonal system for two years regarding job replacement. He also did not answer the questions raised by the Union Home Ministry on the issue of unified service of teachers.

He said the situation was unfair to the unemployed in both the districts. Vijayashanti said the revised zones need the approval of the President. He explained that there are other implications associated with this. He emphasized that the new posts would not be easy to replace. But even in this, KCR is outraged that he is taking care of his selfishness. He said that they are trying to deceive the unemployed once again. In a few days there will be an election of graduate emcees. Wise voters ask about jobs .. Accused of cheating in the name of job replacement. But KCR said people were noticing the scams.