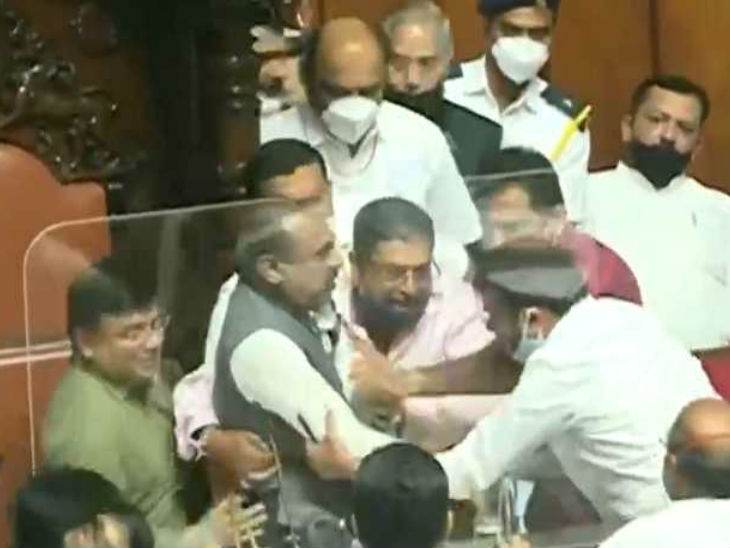 MLC Prakash Rathore of Congress said on the uproar – the proceedings of the House were not going on. Despite this, the BJP and Janata Dal Secular (JDS) illegally placed the Deputy Chairman in his chair. It is unfortunate that the BJP is doing such unconstitutional things. The Congress asked the Deputy Chairman to step down from the Aasandi. We didn’t have to lift them because they were sitting illegally.

Discussion on cow protection law to be held in Legislative Council
The “Karnataka Cattle Slaughter Prevention and Protection Bill-2020” (Karnataka Prevention of Slaughter and Preservation of Cattle Bill – 2020) Bill was to be discussed in the Karnataka Legislative Council. The bill has been passed in the assembly only on 9 December. There too, Congress MLAs created a ruckus about this bill. The assembly was also boycotted by some members of Congress. However, this could not be discussed.

Attack on minorities may increase due to enactment of law: Congress
Congress leaders in Karnataka say that it will not be right to bring a law prohibiting cow slaughter in the state. Since the introduction of this law, attacks on minorities will increase. Congress leaders say that the BJP has decided to bring this law for political gains. Gram Panchayat elections will be held in two phases in the state next month. In such a situation, BJP is playing emotional card by bringing this law.

What is in law?