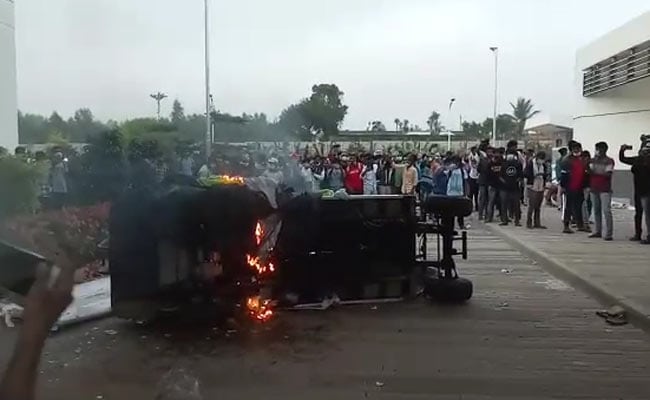 Hundreds of workers destroyed the factory of Taiwan-based Apple supplier Wistron in Kolar near Bengaluru over the weekend, looted iPhones and laptops and caused $ 7 million in damage.

“We have taken action. It is a very important foreign company and this should not have happened. The Prime Minister is also very concerned about this development,” Yediyurappa told reporters.

“We have ordered that such things will not be repeated. We will fully support this company without them being able to continue production,” he said.

Apple is investigating the violence and whether Wistron is sticking to its labor practices. The company has sent its employees and inspectors to the construction site.

Wistron is one of Apple’s leading global suppliers. IPhones have been manufactured in India for almost four years. The operation is seen as a success story for PM Modi’s “Make in India” effort to promote production in the country.

The police arrested over 130 people.

The parties in Karnataka have called on the state government to investigate the violence they say will damage the state’s investment-friendly image.

“It is unfortunate that the Wistron manufacturing facility was violently attacked by excited workers near Kolar. At a time when many companies are relocating from China to India,

Such attacks give the state a bad reputation, “tweeted BJP chief CT Ravi.

In addition to iPhones for Apple, Wistron also manufactures IT products for Lenovo and Microsoft.