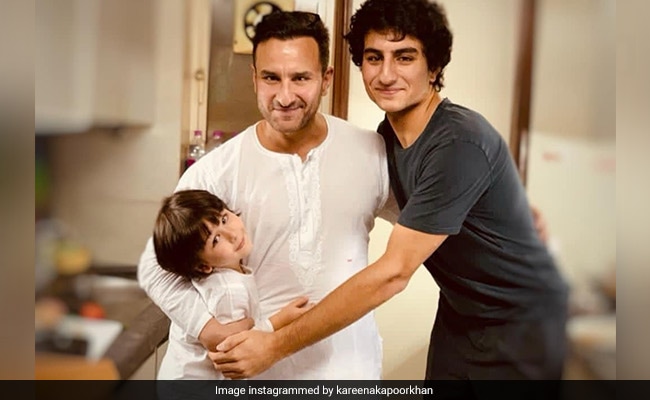 Bollywood’s famous actress Kareena Kapoor is very active on social media. She often stays connected with fans by sharing her photos and videos. Now recently, the actress has shared a photo from her Instagram account. In this picture, Saif Ali Khan is seen posing with his two sons Ibrahim Ali Khan and Taimur Ali Khan. Sharing the picture, Kareena Kapoor wrote in the caption, “Favorite boys, father-son.”

In this picture, where Saif Ali Khan and Taimur Ali Khan are seen in white colored kurta pajamas. So right there, Ibrahim Ali Khan is wearing a blue T-shirt. People are commenting a lot on Kareena’s post and giving their feedback. Let me tell you, actress Kareena Kapoor is going to be a mother soon. Recently, she has shared a photo of her, in which she is seen on the sets of shooting. Kareena Kapoor was seen flaunting baby bump in her photo.