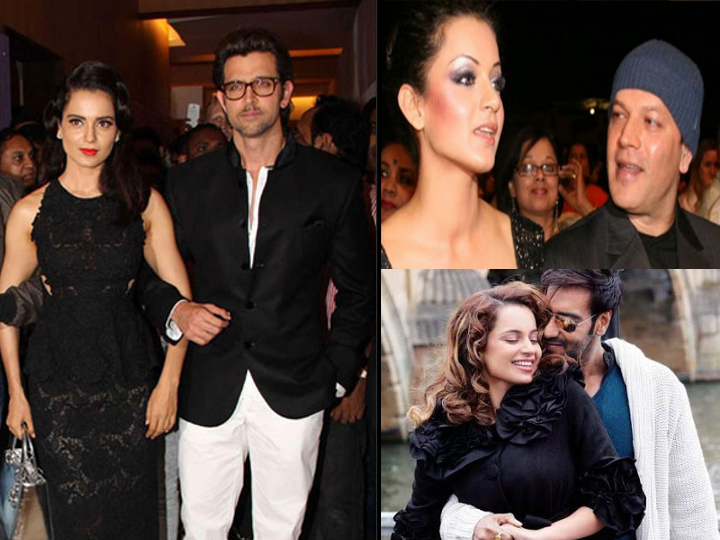 Kangana Ranot is in discussion once again about her ex-boyfriend Hrithik Roshan. The four-year-old email dispute between the two will now be investigated by the Crime Intelligence Unit of the Mumbai Crime Branch. Kangana was once dating Hrithik, 13 years older than him, when he was married.

Not only this, Hrithik also got engaged to Kangana after his divorce from wife Suzanne. However, they later broke up. By the way, Kangana’s love life has always been a topic of discussion. Let’s see which actors he had an affair with.

When Kangana Ranot was struggling in Mumbai, her name was associated with 22-year-old Aditya Pancholi. Kangana, along with Aditya, married and father of two children, was openly spotted at several places. Actually, Aditya was playing his mentor. Media reports also indicate that Aditya and Kangana have also been in live-in relationships.

Kangana then severed her relationship with Aditya by accusing him of assaulting and physically abusing her.

After Aditya, Kangana’s name was associated with the study of Shekhar Suman’s son. The two worked together in ‘Raj-2’. Both had an affair. But there was a breakup in a year.

After the breakup, the study accused Kangana of multiple allegations in an interview. He had said that Kangana used to assault and abuse him. At the same time, he also accused Kangna that she used to do black magic and even mixed blood in her food.

In an interview given to an entertainment website, the study had said, “I have completely forgotten Kangana. Forgetting whatever bad happened in my life, I have moved forward. I don’t even want to miss my relationship with Kangana ”.

Ajay Devgan’s name is also linked to Kangana. According to media reports, the two came close on the sets of the film Once Upon a Time in Mumbai. Ajay proposed Kangana’s name for films like ‘Tej’ and ‘Rasakals’. Ajay’s wife Kajol became furious after seeing the close proximity of both of them, after which Ajay pulled back and made a distance from Kangana.