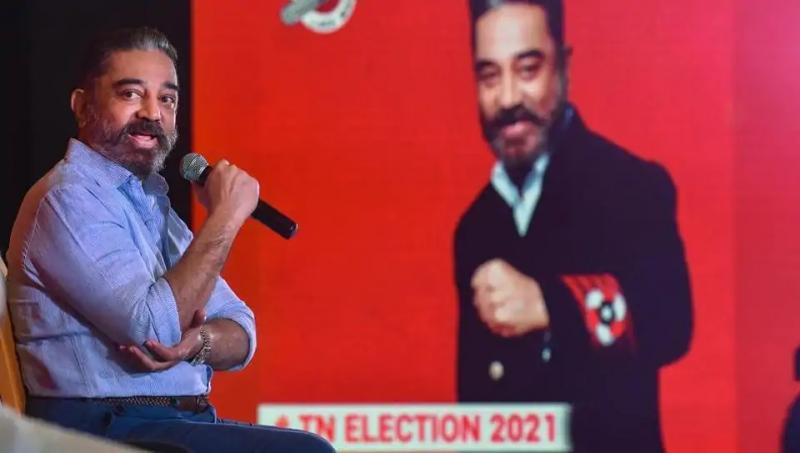 Chennai: Politics is heating up in Tamil Nadu. Many parties are gearing up for the Assembly elections in May next year. In this context, superstar Rajinikanth has announced that he will contest the upcoming assembly elections. It is learned that full details will be revealed on January 1. In this order Makkal Needi Mayyam party president, actor Kamal HaasanMade sensational comments. Announced ready for alliance with Rajini. Speaking on the occasion, Kamal Haasan said, “I and Rajinikanth both want change. I am ready to work with Rajini for Tamil Nadu. I am ready to work together for the Tamil people even if there is no similarity between the two of us, ”said Kamal Haasan. (Read: ‘Madurai is the second capital when it comes to power‘)

The superstar on Monday’s road show Rajinikanth Make an alliance with the party to be formed? To a question asked by a journalist, Kamal Haasan .. ‘Alliances sometimes break up. A few more times new ones are born. At present, no decision has been taken on the alliance with Rajinikanth’s party. Kamal’s announcement that he is ready for an alliance with Rajini within 24 hours has now become a topic of discussion. It is learned that the Majlis party is likely to contest the Tamil Nadu Assembly elections in 2021. There seems to be a possibility of a ‘pact’ between Kamal Haasan and Majlis chief Asaduddin Owaisi. In this context, Asad is reported to have met MIM leaders from Tamil Nadu on Monday. The constituencies to be contested seem to have discussed with them the strategies to be followed for victory in the elections.