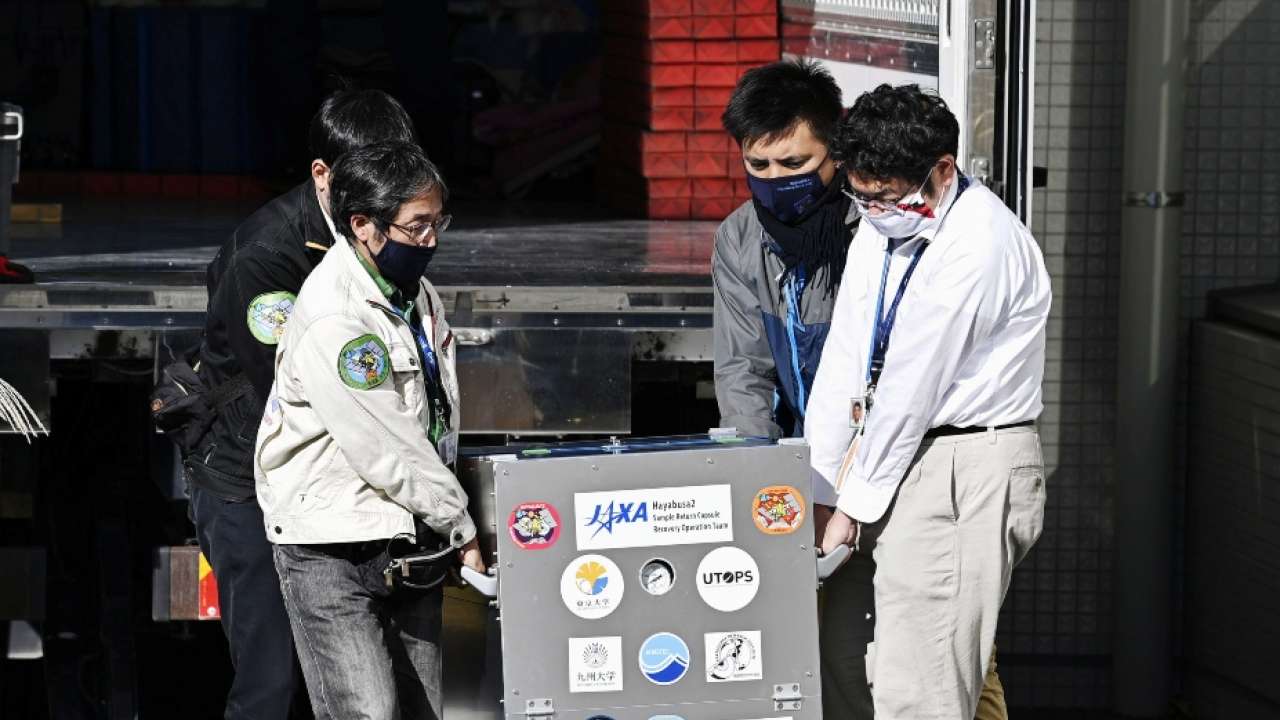 The Japan Aerospace Exploration Agency (JAXA) confirmed Tuesday that the gas collected from the sample container in the re-entry capsule of asteroid explorer Hayabusa2 is a gas sample from the asteroid Ryugu.

The Hayabusa2 re-entry pod was retrieved on December 6th in Woomera, Australia and delivered to the JAXA Sagamihara campus in Japan on December 8th.

Work then began to open the sample container in the re-entry capsule.

On December 14, it was confirmed that a sample of black sand grains believed to have originated from the asteroid Ryugu was in the sample container. These are believed to be particles attached to the entrance of the sample collector – the container in which the samples were stored.

An analysis of the gas collected in the sample container was carried out on December 7th at the Quick Look Facility in Woomera. The results suggest that the gas is different from the Earth’s atmospheric composition, JAXA said in a statement.

For additional confirmation, a similar analysis was performed on December 10th and 11th at the Extraterrestrial Sample Curation Center on the JAXA Sagamihara campus. This led to the conclusion that the gas in the sample container came from the asteroid Ryugu.

This is the world’s first sample return of a material in the gaseous state from space. Hayabusa2 was launched on December 3, 2014.

Asteroid Explorer “Hayabusa2” is a successor to “Hayabusa” (MUSES-C), which revealed several new technologies and returned to Earth in June 2010.