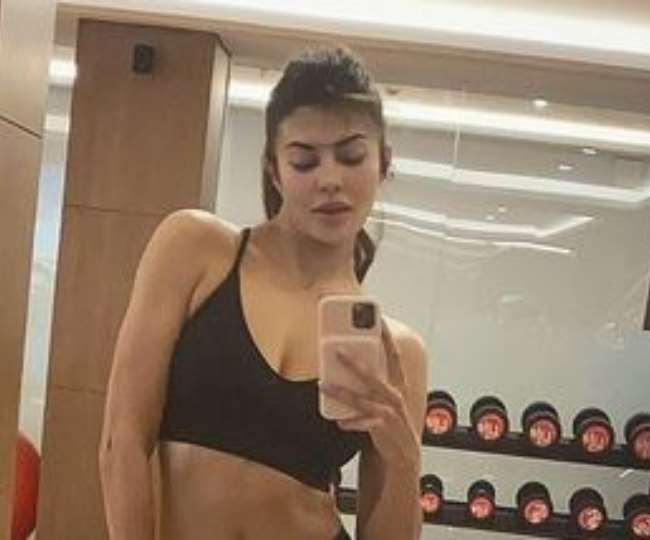 New Delhi Bollywood actress Jacqueline Fernandes is known not only for her films but also for her fitness. There is no doubt that Jacqueline is a fitness freak. She works out for hours every day to keep herself fit. Jacqueline often keeps sharing photos and videos of her workouts. Meanwhile, a picture of Jacqueline is going viral on social media. This photo is done during the exercise of the actress. Fans are constantly commenting on this and praising their fit figure.

Jacqueline Fernandes recently shared a picture on her Instagram account during her exercise. Jacqueline’s toned figure can be clearly seen in this photo. In this picture, she is seen taking a mirror selfie. Jacqueline is wearing a black sports bra and black pants. In the photo, she is seen flaunting her abs. Sharing this picture on his Instagram account, he wrote in the caption, ‘He says that you stay like you and then judge you.’

Fans are very fond of this picture of Jacqueline. At the same time, do not know how many comments have come on this. At the same time, a fan wrote, commenting, ‘Naughty is happening….’ So at the same time many other users are praising Jacqueline’s fintess in comments. So far, over 20 lakh likes have been received on this photo.

Jacqueline Fernandes’s workfront will soon be seen in her upcoming movie ‘Bachchan Pandey’. In this film, his opposite actor Akshay Kumar will be seen playing the lead. Apart from this, Arshad Warsi and Kriti Sanon are also important parts of this film. Jacqueline will shoot in January for this film.