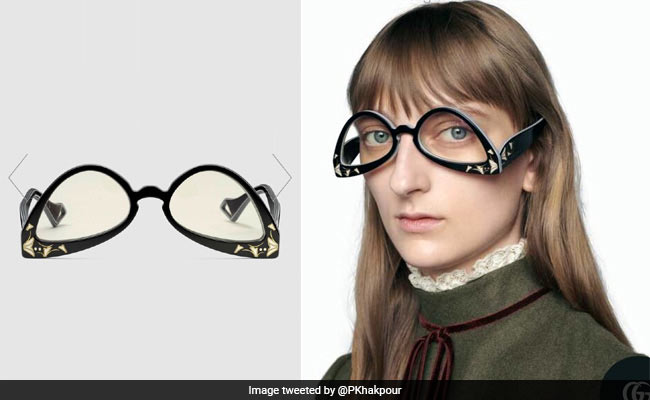 Gucci’s ‘Ulta Chashma’ is being sold for 45 thousand rupees, people said- ‘What a joke …’

There are very few fashion trends that are followed by all. There are many fashion trends that are very difficult to adopt. The Italian fashion brand label Gucci is selling Upside-Down Sunglasses for 470 pounds (over 46 thousand rupees). As soon as the price of this spectacle was revealed on social media, people were surprised. Gucci has launched the inverted ‘Cat Eye’ frame. The brand is delivering these glasses in a day. This specs has been launched on the official website.

A Twitter user named Porokista Khakpor made several tweets. Where the fashion brand is selling this glasses. Sharing these tweets, he wrote in the caption, ‘Gucci why are you doing this.’ In the next tweet, he wrote, ‘I can understand how difficult this year is.’

It’s been a rough year i get it

Porokista Khakpor shared more photos of the glasses and amused its value and called it the most useless.

Many agreed with Khakpor and after the post went viral, many Twitter users also trolled the brand for Sunglass design. One user wrote, ‘I thought that the glasses have been kept upside down, but this is really the reverse glasses.’ People have given such reactions on Twitter …

I thought they just turned the glasses upside down for the photo. But no, the ‘inverted eyeglasses’ are an actual product. https://t.co/7FH698dfiW

Looks normal to me pic.twitter.com/EnooKWLygD

Okay ngl, these would be amazing for a spooky October look