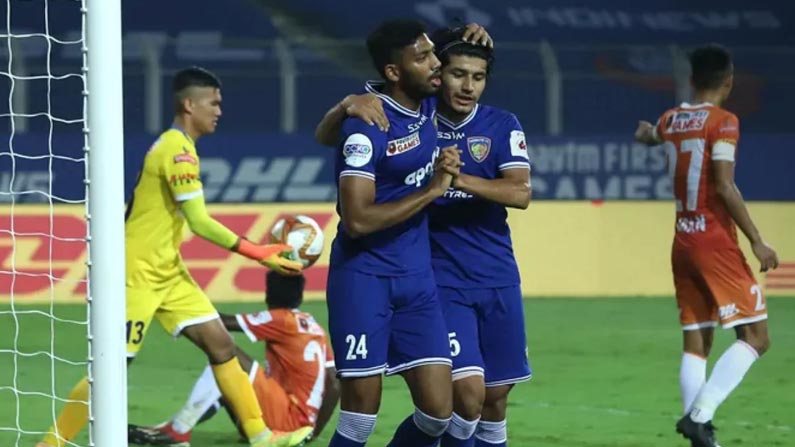 The Indian Super League 2020-21 is going well. Chennai Football Club won the second match. Goa beat FC 2-1 on Saturday. Rafael Crevalero (5th minute) and Rahim Ali (53rd minute) scored for Chennai. George Mendoza (9th minute) scored for Goa. Both teams scored four goals in the first half. However, Rahim, who came into the ring as a substitute in the second half, scored a goal to give Chennai the win.

Rafael Crevalero gave Chennai a flying start in the 5th minute of the first half. However, another four minutes later, George Mendoz scored to make it 1-1. After that the two teams clashed like bet chickens. The match went on thrillingly as both the teams wrote firmly. The first half ended without another goal in the sequence.

Everyone thought that the match could be drawn as both the teams showed the same fighting spirit in the second half. But Chennai’s Rahim Ali scored in the 53rd minute to give the team a 2-1 lead. Afterwards the game went still tough. Despite Goa’s universal efforts, Chennai managed to score a goalless draw and emerged victorious. Chennai Football Club, which has played six matches so far in the league, is in eighth position with two wins, two draws and two defeats. Goa is in seventh position with two wins, three losses and two draws in seven matches.