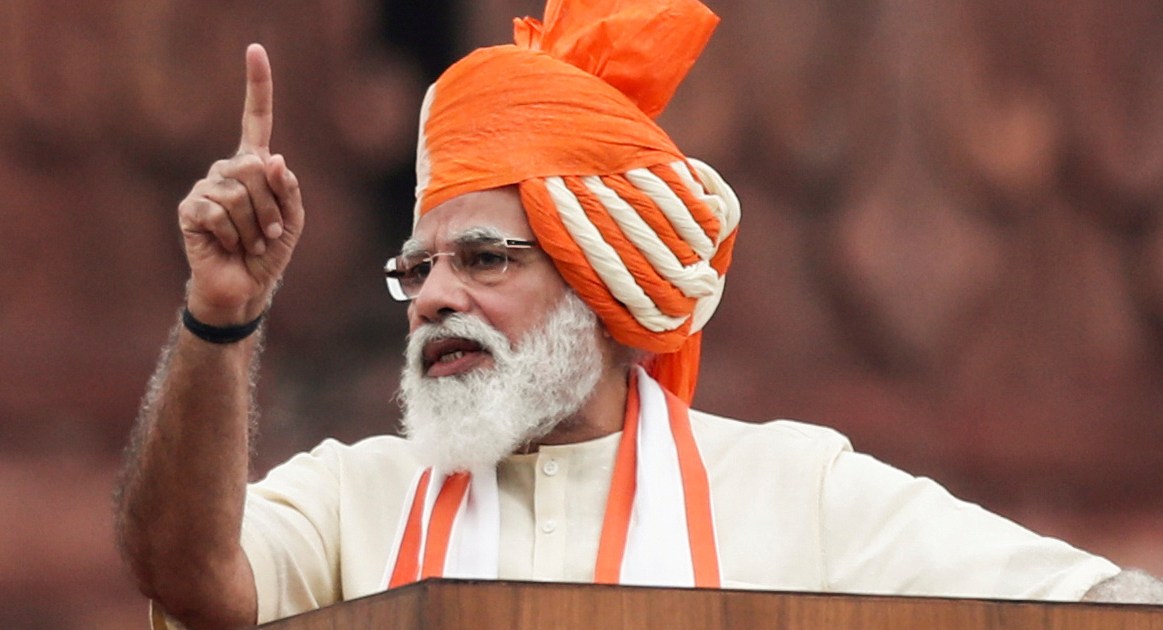 Indian Prime Minister Narendra Modi has made an unscheduled visit to a Sikh temple in New Delhi, kneeling in respect and taking photos with visitors at a time when the community is waging massive protests against his farm reforms.

At least 25 people were killed in protests against the three laws passed by parliament in September, police said. Several deaths were due to the bitingly cold weather.

Modi, whose security details often keep him out of the public eye, prayed on Sunday in Gurudwara Rakab Ganj Sahib, interacted with religious Sikh leaders and obliged visitors to take photos with him.

The Sikh saint Guru Teg Bahadur was cremated in the temple near the parliament building.

While some social media users and his party colleagues greeted Modi’s visit to the shrine like an “ordinary man without restrictions”, others urged him to end the protests.

Thousands of protesting farmers, mostly from Sikhs-dominated Punjab and neighboring Haryana, have blocked highways to New Delhi in the past three weeks, calling for the repeal of the new family laws, which the government said is expanding the agricultural market and vital to its recovery Storage and other infrastructure are important.

Many farmers in their sixties or older sleep outdoors braving the harsh winter weather parked bumper to bumper in their tractors and trailers on the highways.

Farmers in India and in the diaspora have spoken out against the recent deregulation of agricultural markets.

They fear the move will undermine farm incomes by giving for-profit private companies a greater say and eventually abolishing the minimum support price the government sets for sales of crops in state-regulated wholesale markets.

The protesters have repeatedly rejected Modi and his ministers’ attempts to reach a compromise. This is the greatest challenge facing the country’s peasants in his six-year rule.

On Wednesday, a 65-year-old Sikh priest took his own life at one of the protest locations and left a note in which he spoke of feeling the pain of the fighting peasants and his decision to “sacrifice” himself for their struggle.

Union leaders will continue to protest until next year

On Friday, when video-calling a farmers ‘rally in Madhya Pradesh, Modi said his government was ready to address farmers’ concerns but rejected their call for the new laws to be repealed.

The prime minister accused opposition parties of spreading fears that the new laws would lower crop prices and lead companies to exploit farmers.

“If someone has concerns, with our heads down, our hands clasped, and humility, we are ready to allay their fears by discussing contentious issues,” Modi told the farmers.

The government’s rivals spread “lies for their own political gain. They use the farmers’ shoulders to fire their weapons, ”he added.

Union leaders say they will take action into the New Year and have threatened to paralyze the capital with a large tractor rally on Jan. 26 when UK Prime Minister Boris Johnson will be a special guest at the annual Republic Day celebrations should.

“If anyone has any concerns, with heads down, hands folded, and humility, we stand ready to allay their fears by discussing contentious issues,” Modi told farmers who support the legislation.

According to the United Nations, agriculture is the largest livelihood in India.

Over the past few decades, farm incomes have stagnated and farmers are facing a growing debt crisis, while experts say the sector is in dire need of investment and modernization.