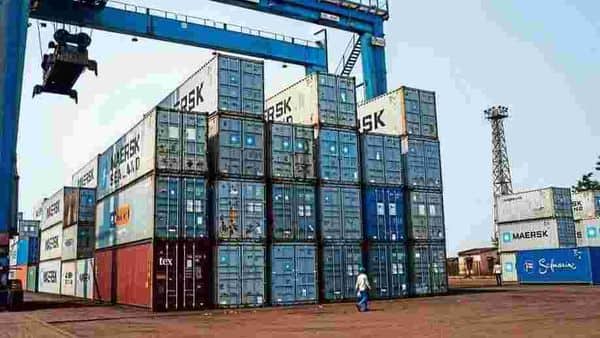 India’s outbound shipments declined for the second straight year in November after posting positive growth for just a month in September as the second wave of the coronavirus pandemic hit consumer demand in India’s largest markets in Europe.

Exports fell 8.7% while imports fell 13.3%, resulting in a 10-month high trade deficit of $ 9.9 billion, according to revised trade data from the Department of Commerce.

In contrast, China’s exports rose 21.1% in November, the fastest growth since February 2018, while imports rose 4.5%, resulting in a record trade surplus of $ 75.4 billion.

Aditi Nayar, chief economist at ICRA Ltd, said the decline in non-oil export growth was due to renewed restrictions on trading partners, which outweighed optimism about early availability of Covid-19 vaccines. “This trend could continue into the winter months before an upward trend sets in in the fourth quarter of fiscal year 21. ICRA assumes that the goods trade deficit will almost double in the third quarter of fiscal year 21 compared to the second quarter of fiscal year 21. Imports are rebounding on the back of an improvement in economic activity, an increase in commodity prices and a pickup in gold demand during the festival and wedding season, “she added.

Nayar added that she expects the current account surplus to decline significantly in the third quarter of fiscal 2021 and the fourth quarter of fiscal 2021 from $ 19.8 billion in the second quarter as the domestic recovery intensifies. “Overall, ICRA expects India’s current account balance in FY21 to be a sizeable surplus of $ 35-40 billion, or around 1.5% of GDP, versus a deficit of $ 25 billion, or 0.9% of GDP in FY20, “she added.

India’s trade in goods was already weakening before the Covid-19 pandemic hit the economy and foreign demand. For 15 of the last 17 months as of June 2019, the country’s exports were negative. However, since March of this year, both exports and imports have declined in the high double digits, leading to a temporary trade surplus in June for the first time in 18 years.

The pace of slowdown in the Indian economy slowed in the September quarter from an all-time high of 23.9% in the June quarter to 7.5%. Since then, many economic agencies have revised their growth forecasts for India upwards. The Asian Development Bank has forecast that the Indian economy will contract 8% more slowly, compared to its earlier estimate of 9% in FY21 due to the faster recovery in Asia’s third largest economy. The Reserve Bank of India (RBI) earlier this month forecast the Indian economy will decline 7.5% in FY21, down from a 9.5% decline forecast two months ago based on a variety of leading indicators pointing to indicating a sustained economic recovery.