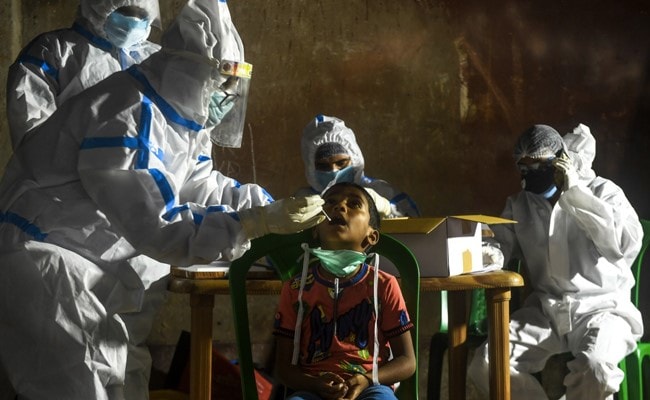 GAVI said it was in talks with the government about a support package. (Representative)

India will have to spend $ 1.4 billion to $ 1.8 billion in the first phase of a coronavirus vaccination program, even after receiving support under the global COVAX vaccine sharing program, the GAVI Vaccine Alliance estimates.

India, which has the second highest coronavirus case load in the world after the US, plans to vaccinate 300 million people over the next six to eight months, likely with vaccines from AstraZeneca, Russia’s Sputnik, Zydus Cadila and India’s Bharat Biotech.

Documents verified by Reuters highlight the magnitude of the funding challenge India faces to immunize its large population. In the first wave alone, 600 million shots are required for critical workers and those most at risk from COVID-19.

If India received 190 to 250 million vaccinations under the COVAX facility – a best-case scenario – the government would have to allocate about $ 1.4 billion, according to an unpublished report produced for the three-day GAVI, to make up for the deficit board meeting that began on Tuesday.

Conversely, if India were given a lower allotment of 95 to 125 million cans, the cost to the government of procuring additional shots would rise to $ 1.8 billion.

In comparison, the Indian federal budget 2020/21 allocated almost 10 billion US dollars for the health care system.

Indian health and finance ministries did not immediately respond to Reuters’ email asking for comments.

The COVAX plan, jointly led by the World Health Organization and GAVI, aims to provide diagnostic tests, drugs and vaccines to poor and middle-income countries through a fund called Access to COVID-19 Tools (ACT ) Accelerator was known last April.

The government has not provided an estimate of the cost of its vaccination program, although all resources are dedicated to protecting the population.

GAVI, an alliance of governments, pharmaceutical companies, charities and international organizations, said it was in talks with the government about a support package.

“Providing low-level support would tighten the country’s ability to allocate enough resources to reduce the risks of continued transmission of COVID-19,” the GAVI report said.

The GAVI report identified India’s economic burden from the pandemic as “disproportionate” and proposed a donor-funded $ 1.3 billion plan to secure 190-250 million doses. The plan must be approved by the GAVI Alliance Board.

According to a vaccination schedule shared with international donors, India plans to vaccinate 10 million frontline health workers by February, 20 million vital workers by the following month, and 270 million people by August, mostly people over 50 and people with other health problems who make them more vulnerable.

India also needed $ 30 to 80 million for infrastructure to transport and store vaccines, which must be kept at very low temperatures, the GAVI report said.