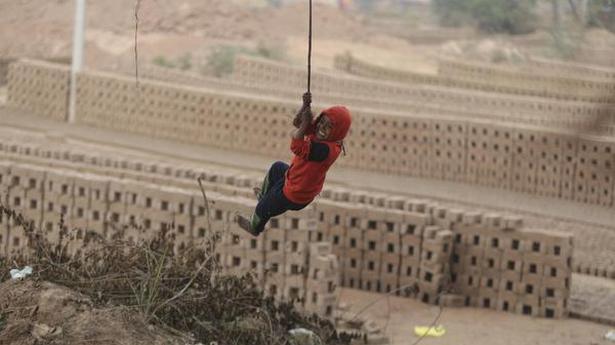 India fell two places in the United Nations Human Development Index this year, ranking 131 out of 189 countries. However, if the index were adjusted to assess planetary pressures caused by developments in each nation, India would rise eight places in the ranking, according to the report.

For the first time, the United Nations Development Program introduced a new metric that reflects the impact of each country’s per capita carbon emissions and its physical footprint, and measures the amount of fossil fuels, metals and other resources used to manufacture the goods and goods used are services it consumes. This gives a “less rosy but clearer assessment” of human progress, said Shoko Nada, UNDP India representative.

Norway, which tops the HDI, falls 15 places when this metric is used, leaving Ireland at the top of the table. In fact, using this new metric, known as Planetary Pressures Adjusted HDI or PHDI, 50 countries would be completely eliminated from the “very high human development group” category. Australia falls 72 places in the rankings while the US and Canada would fall 45 and 40 places respectively, reflecting their disproportionate impact on natural resources. The oil- and gas-rich Gulf states also fell sharply. China would lose 16 places from its current ranking of 85.

China’s net emissions (8 gigatons) are 34% below its territorial emissions (12.5 gigatons), compared to 19% in India and 15% in sub-Saharan Africa.

“So far, no country has been able to achieve a very high level of development without heavily polluting natural resources. We have to be the first generation to do things right, ”said Ms. Nada. She praised India’s record in meeting its previous CO2 emissions targets and called on Indian policymakers to embark on a sustainable development path.

Also read | India has achieved a decade of life expectancy since 1990, says a Lancet study

The HDI itself is an assessment of a nation’s health, education, and living standards. Although this year’s report only covers 2019 and does not take into account the impact of COVID, it forecast that the global HDI would fall below value in 2020 for the first time in the three decades since the index was launched.

India’s gross national income per capita fell from $ 6,829 in 2018 based on purchasing power parity (PPP) to $ 6,681 in 2019, according to the report released by the United Nations Development Program on December 15.

Purchasing Power Parity, or PPP, is a measure of prices in different countries that uses the prices of certain goods to compare the absolute purchasing power of countries’ currencies.

According to the report, evidence from Colombia to India suggests that financial security and land ownership improve women’s safety and reduce the risk of gender-based violence, clearly suggesting that land ownership can empower women.

It goes on to say that indigenous children in Cambodia, India and Thailand have more malnutrition-related problems such as stunts and waste.

“In India, different responses to parenting behavior, as well as some disinvestment in girls’ health and education, have resulted in higher malnutrition rates among girls than boys, due to shocks likely to be related to climate change,” it said the report.

The report states that India has pledged under the Paris Agreement to reduce the emissions intensity of its GDP by 33-35% from 2005 by 2030 and to get 40% of its electricity capacity from non-fossil fuels by 2030.

“As part of the plan, the National Solar Mission aims to promote solar energy for power generation and other purposes in order to make solar energy competitive against fossil fuel-based options. The solar capacity in India rose from 2.6 gigawatts in March 2014 to 30 gigawatts in July 2019 and reached the target of 20 gigawatts four years ahead of schedule. In 2019, India ranked fifth in terms of installed solar capacity, ”the report said.

In a clearly arranged list you will find a mobile-friendly version of articles from the daily newspaper.

Enjoy reading as many articles as you want with no restrictions.

We inform you three times a day about the latest and most important developments.