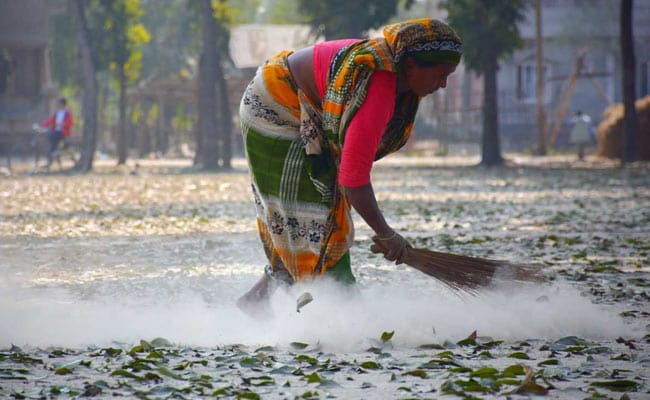 India’s HDI value for 2019 is 0.645 and therefore belongs to the category of mean human development.

According to a report released by the United Nations Development Program (UNDP), India fell one place to 131 out of 189 countries in the 2020 Human Development Index.

The Human Development Index is a measure of a nation’s health, education, and standard of living.

India, Bhutan (129), Bangladesh (133), Nepal (142) and Pakistan (154) were classified as middle human development countries according to the report.

India’s HDI value for 2019 is 0.645 and therefore belongs to the category of mean human development. India is positioned on 131 out of 189 countries and territories, according to the report. India ranked 130th in the index in 2018.

Speaking to reporters, UNDP representative Shoko Noda said that the drop in India’s ranking does not mean that “India did not do well, but other countries did better”.

Noda said India could help other countries and praised its commitment to reducing CO2 emissions.

India’s gross national income per capita fell from $ 6,829 in 2018 based on purchasing power parity (PPP) to $ 6,681 in 2019, according to the report released Tuesday by the United Nations Development Program.

Purchasing Power Parity, or PPP, is a measure of prices in different countries that uses the prices of certain goods to compare the absolute purchasing power of countries’ currencies.

According to the report, evidence from Colombia to India suggests that financial security and land ownership improve women’s safety and reduce the risk of gender-based violence, clearly suggesting that land ownership can empower women.

It goes on to say that indigenous children in Cambodia, India and Thailand have more malnutrition-related problems such as stunts and waste.

“In India, different responses to parenting behavior, as well as some disinvestment in girls’ health and education, have resulted in higher malnutrition rates among girls than boys, due to shocks likely to be related to climate change,” it said the report.

The report states that India has committed under the Paris Agreement to reduce the emissions intensity of its GDP by 33 to 35 percent compared to 2005 and to get 40 percent of its electricity capacity from non-fossil fuels by 2030.

“As part of the plan, the National Solar Mission aims to promote solar energy for power generation and other purposes in order to make solar energy competitive with fossil fuel options. Solar capacity in India increased from 2.6 gigawatts in March 2014 to 30 gigawatts In July 2019, India reached its target of 20 gigawatts four years ahead of schedule. In 2019, India ranked fifth in terms of installed solar capacity, “the report said.

(This story was not edited by NDTV staff and is automatically generated from a syndicated feed.)