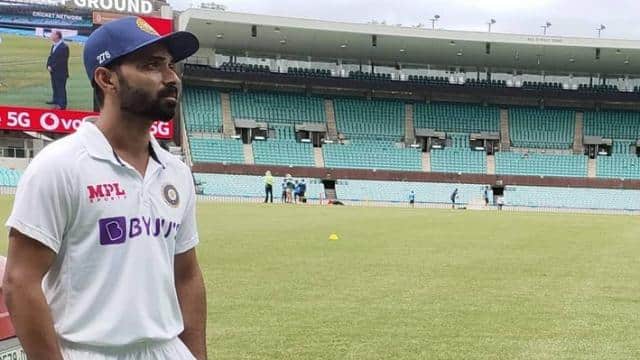 A four-Test Border-Gavaskar series is to be played between Team India and Australia. The first Test match of the series is to be played in Adelaide from 17 December, which will be a day-night test. After this match, Team India captain Virat Kohli will return home on Paternity Leave. In such a situation Ajinkya Rahane can command the team in the remaining Test matches of the series. After Virat’s departure, some believe that Rahane will be under the captaincy pressure, but Gavaskar does not believe so.

Gavaskar believes that Team India has won twice under the captaincy of Rahane, so there will be no pressure of captaincy on them. Rahane is the vice-captain of the Test team. Gavaskar said on the Star Sports show ‘Game Plan’, “There will be no pressure on Rahane as he has captained the team twice and the team has won both times. Under Rahane’s captaincy, Team India won against Australia at Dharamshala. After this, the team also won against Afghanistan.

Rahane may not have thought much about captaincy ‘

The former captain said, ‘I don’t think he would have even thought about how to handle the captaincy. He will discharge his responsibility as faithfully as he does as a batsman. Rahane will stay at the crease and put pressure on the opposing team and play some good shots. Gavaskar praised team batsman Cheteshwar Pujara, saying, “There are 20 days of play in four Tests and I would be happy if he bats 15 days.” Even though he has not played cricket for many days, I don’t think it makes any difference, because he is mentally strong and loves batting. Pujara likes to spend time at the crease. In the last two years, he has improved his strokes.

‘Australia will have to pay attention to Pujara’

In this show, former Australian opener Matthew Hayden also expressed his views on Pujara. He said, ‘Australia needs to focus on Pujara’s batting during his campaign as he plays better against Australia. We are in the generation where we appreciate players by their strike rate. Pujara is one of the few players in Test cricket who has a better strike rate and may outnumber you.