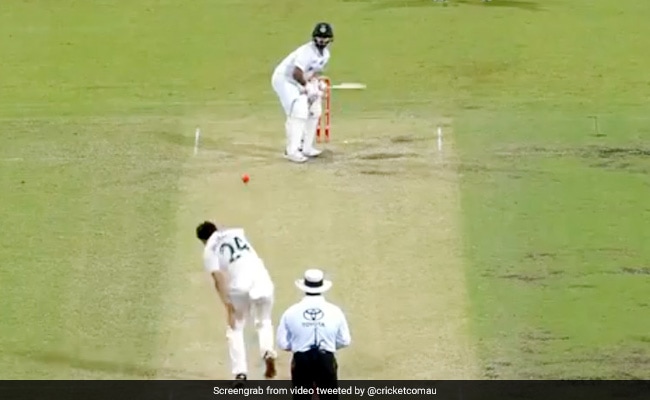 India Vs Australia Tour Match: The bowler hit the ball on the stomach of Mari Pant, then 22 runs in the over – see video

India Vs Australia Tour Match: The 4-match Test series between India and Australia (Ind Vs Aus Test Series) will start on 17 December. Prior to the Test series, India played a practice match with Ind Vs Aus A. The second day-night match was a draw. Rishabh Pant’s bat was quiet for quite some time. He played a 103-run knock in the practice match. In the last over of the second day, Pant (Rishabh Pant) rained fours and sixes and completed his century in a magnificent style. Video is becoming increasingly viral on social media.

Pant was batting in the last over and he needed 19 runs to score a century. Bowler Jack Wildermuth hit the ball on the stomach on the first ball. After that Rishabh Pant rained fours and sixes. He then flexed two consecutive fours and then gave a six. Then on the last two balls also hit two fours. With this, Pant scored a century. With this, Team India declared the innings.

The first Test match between India and Australia will be played between 17 December. Who will be the wicketkeeper of team India. This is the biggest question for management. Saha and Pant are in the race.