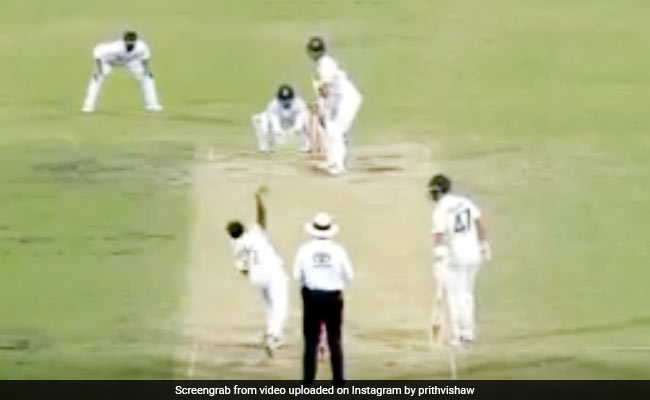 India Vs Australia: After playing the ODI and T20 series, the 4-match Test series between India and Australia (Ind Vs Aus Test Series) will start on 17 December. India played a practice match with Australia A before the Test series. The second day-night match was a draw. In this series, opening batsman Prithvi Shaw has also been given a chance. Prithvi Shaw is a batsman, but in a practice match, Prithvi Shaw surprised everyone in bowling. He threw such a mysterious ball, in front of which the batsman as well as wicketkeeper Wriddhiman Saha were surprised. Video is becoming increasingly viral on social media.

Prithvi Shaw is a part-time break bowler. On the last day of the practice match, captain Ajinkya Rahane handed the ball to Shaw. He put such a spin ball, in front of which the batsman as well as wicketkeeper Wriddhiman Saha were surprised. The ball spinned and came out from him, on which Prithvi Shaw was surprised. The rest of the players were also surprised to see his bowling.

Prithvi Shaw has been on the flop for a long time. In IPL too, he scored 228 runs in 13 matches. Delhi Capitals had even dropped them in the middle. His bat is also quiet in Australia tour. His bat remained calm even in the practice match. He could only score 62 runs in 4 innings. In this 62 runs, 40 runs came from a single innings.

After a poor performance, his name in the playing XI is finding difficult. According to cricket pundits, Shubman Gill may get a chance to replace Prithvi Shaw. He can open with Mayank Agarwal in the absence of Rohit Sharma.