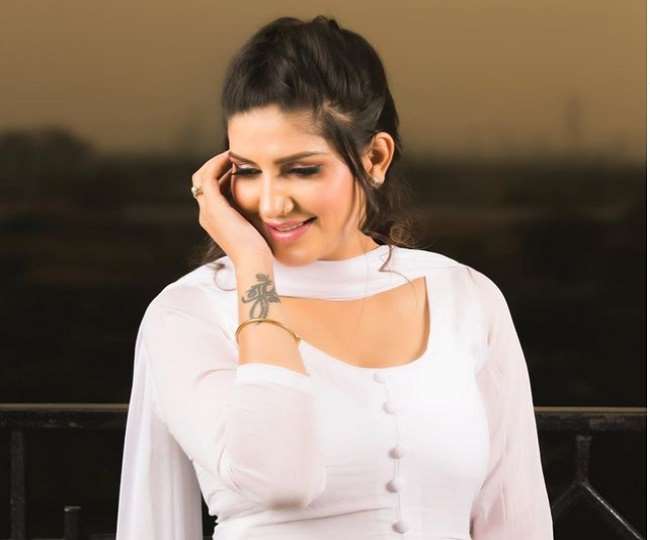 New Delhi Haryanvi dancer Sapna Chaudhary is often in the news due to her dance video, but for the last few days, she is in the discussion about her married life. Sapna married the court in January from Haryanvi singer, writer and model Veer Sahu. But no one could hear Sapna’s wedding. There was a stir when the news came out that Sapna had given birth to a son. Dainik Jagran, after talking to Sapna’s mother Neelam Chaudhary, first confirmed the news that Sapna had given birth to a son.

Everyone was shocked by the news of Sapna’s sudden marriage and becoming a mother, but since then the fans of Haryanvi Dancer are desperate to get a glimpse of their son. Every fan of Sapna wants to see a picture of their son. So now the actress has ended this wait of fans. Sapna has shared the first picture of her son on her official Instagram account. Although the son’s face is not visible in this photo, Sapna is seen holding her son in the dock with love.

This photo is very cute, in the photo, Sapna’s son is sleeping on her shoulder and the actress has put her on her bed with great love. Sharing the photo, Sapna has written, ‘Thousands of years, Nargis cries on her disunity … a lot of difficulty happens in Chaman.’ Let me tell you that Sapna and Veer got married with a lot of sadness. After the birth of the son, mother Neelam had told that no program was done after marriage, because Veer Sahu’s uncle died. Because of this, the matter of Sapna’s marriage could not be revealed.

Sapna shared her first photo with Veer after marriage on the occasion of Karvachauth in which Lo Veer was seen looking through a sieve.