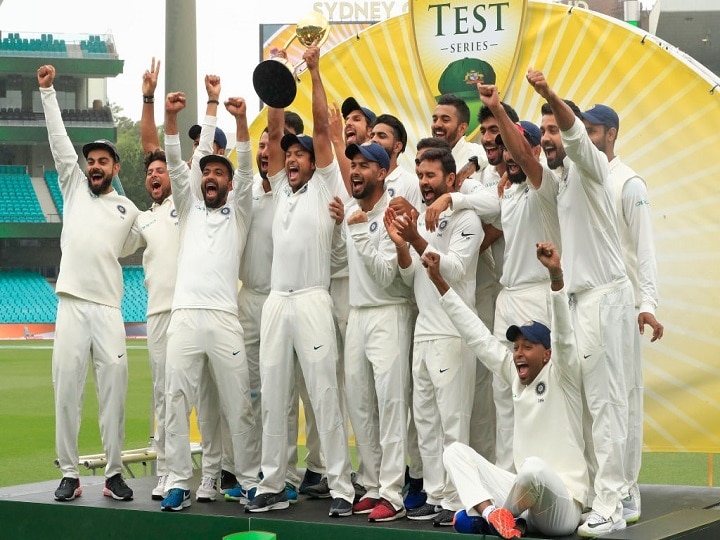 Bumrah has moved up to the eighth position in the bowlers’ list, while off-spinner Ravichandran Ashwin has entered the top-10. Australia’s Pat Cummins tops the list of bowlers followed by England’s Stuart Broad and New Zealand’s Neil Wegner.

The latest update to the @MRFWorldwide ICC Test Player Rankings for batting is here!

Ravindra Jadeja of India is the top ranked Indian player in the list of all-rounders. Ravichandran Ashwin is also in this list and he occupies the sixth place. India is in third place in the Test team rankings while Australia and New Zealand are in first and second place respectively.

Gains for two England players in the top 1️⃣0️⃣ of the latest @MRFWorldwide ICC Test Player Rankings for all-rounders ????

India now has to play a four-match Test series with Australia. This is starting from Thursday. Day-night test will be played between the two teams in Adelaide, which will be the first pink ball test between these two teams so far. Cricket fans from all over the world are eyeing this test series. Virat will return home after the first test. Rahane will command the team in the last three Tests. Rahane has led Team India in two Test matches and India had won in both.