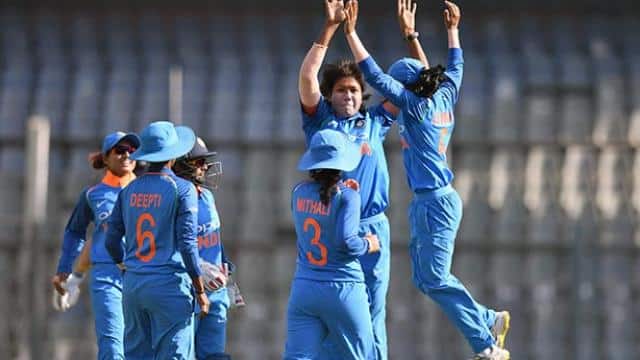 The International Cricket Council (ICC) has announced the schedule of Women’s Cricket World Cup 2022 on Tuesday. A total of 31 matches will be played in this tournament. The first match of the World Cup will be played on 4 March 2022 at the Basin Reserve in Wellington and its final on 3 April 2022 at Hegley Oval Ground in Christchurch, New Zealand. India will begin their campaign on March 6, clashing with the qualifier team.

Who will lift the trophy this time? 🏆 # WWC22 pic.twitter.com/1YWUjgpLjb

The tournament’s semifinal and final matches will be played at the Hegley Oval ground in Christchurch. India will play a total of seven matches in this World Cup. Four matches are against New Zealand, Australia, South Africa and England and the remaining three matches are against qualifier teams which are yet to be decided. India will lead Mithali Raj in this World Cup.

🗓️ The schedule is out

Here are #TeamIndia‘s 🇮🇳 fixtures for the @ICC Women’s World Cup 2022 to be held in New Zealand 👇 @cricketworldcup pic.twitter.com/MCi2cIXegi

On this occasion, Indian women’s team captain Mithali Raj has said that the year 2020 has been like a nightmare and because of this we have stayed away from international cricket for the whole year. We are happy that the game we love the most is finally coming back. India has performed brilliantly in the ICC tournament (Women’s Cricket World Cup and T20 World Cup) in the last three years.

She further said that if India manages to win the Women’s World Cup to be held in 2022, then it will be a motivating moment for the next generation. He said that he and the entire team India will put their full efforts to win this title.

In the year 2020, Virat Kohli, who dominated Twitter, left Dhoni-Rohit behind