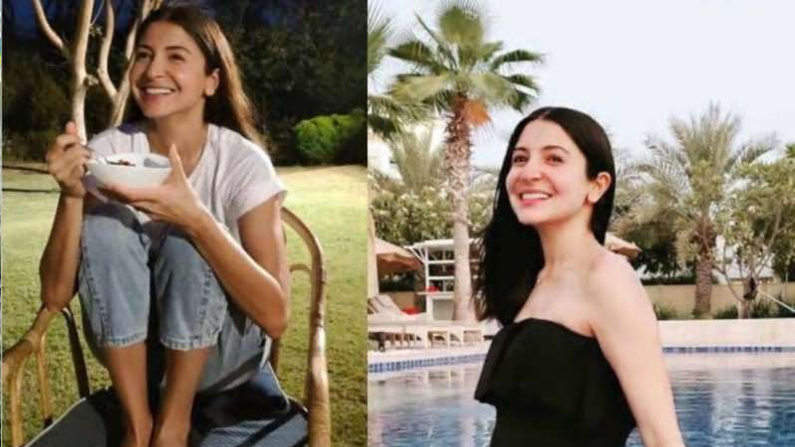 Bollywood’s top heroine Anushka Sharma and Indian cricket team captain Virat Kohli are all set to become parents. Currently Anushka is pregnant. They are due to give birth to a baby in January 2021. However, Anushka is always active on social media and posts her photos of this Bollywood beauty. Recently, Anushka’s post on her Instagram went viral. Anushka shared a photo of herself landing on her Instagram at the time .. “I will always sit and eat like this again .. Now I can eat .. but I can’t sit like this” captioned it.

Participating in a yoga session while she is pregnant, Anushka instructs women in her own style to be as happy as possible during this time, about the precautions to be taken while pregnant and about the clothes to wear. She also recently starred in a commercial ad. Anushka starred for Popular Pregnancy Kit Prega News. Dressed in a pink dress .. with a nice smile, beautifully acted with expressions.

Four months after her delivery, Anushka is reportedly set to return to the movies. Virat will also be taking paternity leave after the birth of their child. Virat will then return for the first Test in Adelaide.