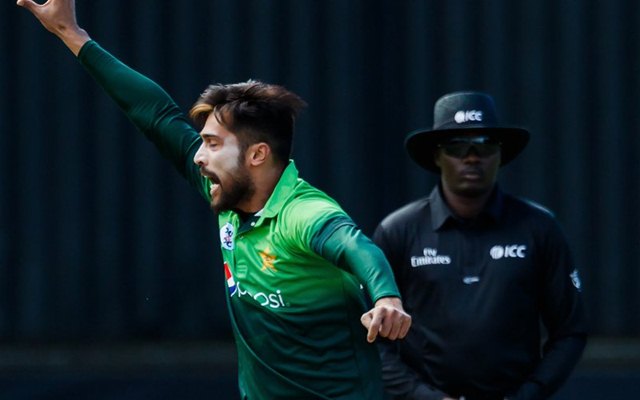 He will issue an adequate statement after reaching Pakistan.

Pakistani ace pacer Mohammad Amir has decided to take an indefinite break from international cricket. He has clarified that he has reservations about current management and is visibly hurt after he left the team for the team New Zealand T20Is. He has made some serious allegations against the current management of the Pakistani team, stating that he is also being mentally tortured.

Amir recently competed in the Lanka Premier League (LPL) which ended on Wednesday. He played exceptionally well in the tournament while performing for the Galle Gladiators in the tournament, who finished second after losing the final to Jaffna Stallions.

When the fast bowler spoke about his hiatus from the sport, he found that he has been tortured a lot in his career and can no longer handle it. “Right now I’m leaving cricket. I am being mentally tortured. I don’t think I can handle this type of torture because I was tortured a lot from 2010 to 2015, ”he said in a video published by Khel Shel.

Mohammad Amir claimed he was repeatedly mentally tortured after withdrawing from the test format last year. He also slammed the bowling carriage Waqar Younis who said the pace bowler left the team before the Australian tour and was one of the reasons the team lost Down Under. Rather, Amir said he wanted to give his 100% for Pakistan in white ball cricket.

“My personal decision to leave Test Cricket was made wrong. My retirement was related to my desire to play T20 leagues. I wanted to invest everything in white ball cricket for Pakistan. But every now and then one or the other person came out with an explanation. Our bowling coach came out and said I dropped it, someone says the workload was not handled properly, ”he added.

Mohammed Amir also made it clear at the end that, after speaking with his family, he would issue an official statement on the matter once he reached Pakistan. “I will reach Pakistan within two days and meet my family. I will then post a proper statement giving the real reason for my decision, ”Amir concluded.