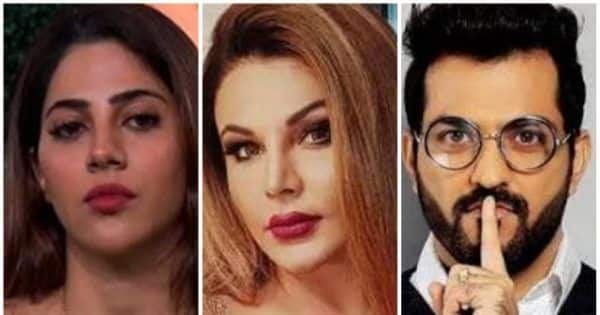 Yes, you heard it right…. Her husband has come in front of the world for Rakhi Sawant’s sake. Ritesh has expressed anger on seeing his wife being bereft of national TV. Not only this, Riteish gave Nikki Tamboli and Manu Punjabi Rakhi Sawant Has taken a dig at the insolence. Along with this, Ritesh has also spoken openly on the comment of Nikki Tamboli’s mother. Also Read – Bigg Boss 14: Salman Khan will pick Rubina Dilaik, crowning the captaincy from Aly Goni as soon as Nikki Tamboli is raised

Talking to entertainment web portal Spot Biai, Ritesh said, ‘I want to meet Nikki Tamboli’s mother and ask which angle his wife my wife looks vulgar and cheap. Being a viewer, I also watch this show. I did not find any talk of Rakhi Sawant as inferior. In an episode of Bigg Boss 14, Rakhi Sawant told Nikki Tamboli that she takes men to the corner and tells them to chew. When Nikki Tamboli does not mind doing this, why is there so much uproar when my wife speaks?

Further Rakhi Sawant’s husband said, ‘This world knows that Nikki Tamboli has a habit of talking to boys. She talks with everyone and forms her group. If Rakhi has spoken like this then why is Nikki Tamboli’s mother having problems. Rakhi has apologized by holding her feet for this comment. Also Read – Bigg Boss 14: Sonali Phogat has shaken entire Haryana due to ‘slap scandal’, gives tough competition to Sapna Chaudhary

Ritesh further said, ‘Rakhi Sawant was playing the game for herself. Nikki Tamboli came here and fought with him. Rakhi turned and only abused. Even after that Nikki Tamboli did not forgive Rakhi. The whole mistake here is of Nikki, not of my wife Rakhi Sawant…. Who gave Nikki Tamboli the right to comment on Rakhi Sawant’s career. Perhaps Nikki is forgetting how her career is going. Manu Punjabi has also asked Rakhi about her status. Why did he jump in this fight. He is not a lawyer for Nikki Tamboli. ‘