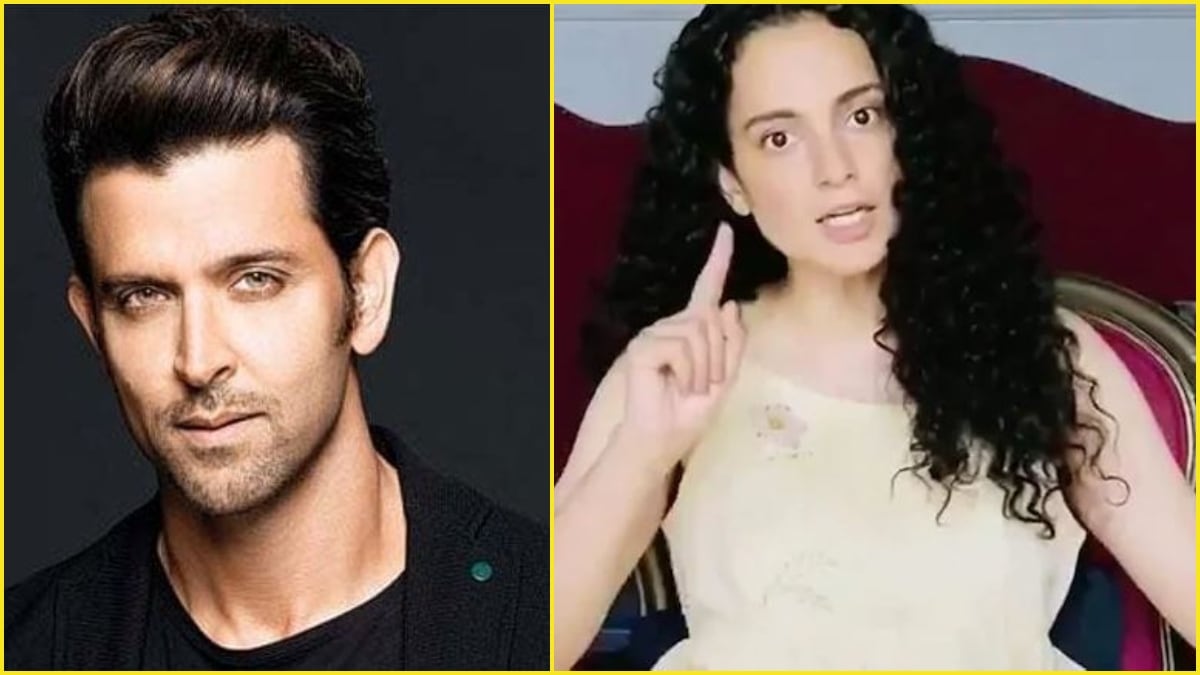 Kangana and Hrithik. Since 2016, the legal recitals have been lying. Kangana’s statements keep coming on Twitter and Hrithik’s lawyer, in front of the police. Kangana Ranaut and Hrithik Roshan’s alleged affair has once again come under discussion. Hrithik Roshan had filed an FIR against Kangana Ranaut. The matter of the chat of the two has now been transferred from the cyber cell to the Crime Branch Intelligence Unit. Hrithik received nearly 100 emails between 2013 and 2014. It was said that these emails were sent from the mail id of Kangana Ranaut. After this, Hrithik lodged a complaint in the cyber cell. At the same time, Kangana Ranaut says that her email was hacked. Hrithik’s lawyer has written a letter to the Mumbai Commissioner demanding a proper inquiry into the matter.

Kangana also gave her reaction on this news. Tweeted and wrote,

“It started crying and crying again. Our breakup has taken so many years, its divors have taken so many years. Still not ready to move on. Not willing to date another woman. Whenever I try to find some hope in my personal life, it starts the drama again. Hrithik, how long will you cry for a small affair? “

His sob story starts again, so many years since our break up and his divorce but he refuses to move on, refuses to date any woman, just when I gather courage to find some hope in my personal life he starts the same drama again, @iHrithik kab tak royega ek chote se affair keliye? https://t.co/qh6pYkpsIP

Hrithik had alleged that Kangana had sent him more than 100 mails. If it was an affair with Kangana, then it was also denied. After which case was filed with Mumbai Police. Now his lawyer Mahesh Jethmalani sent a letter to the Mumbai Police. Asked why no progress has been made in the case so far?

Wrote in his letter,

“My clients met the top police officers in Mumbai. Gave all the information from your side It also told how many trauma he and his family had to undergo due to this. It was demanded to do the investment on time. However, no progress has been made in this case so far. The matter is still pending. Our request is to look into the matter and issue orders for early investigation. ”

Please tell that this whole matter started with an interview. When Kangana called Hrithik as ‘Silly X’. After which Hrithik filed a law suit against him. Said apologies. If you do not listen, then there will be a case of defamation. After this, Kangana also sent a legal notice. He denied all charges and was accused of bullying.

Video: How Sridevi left Rajinikanth and Sunny Deol in ‘Chalbaaz’ by making them toys!