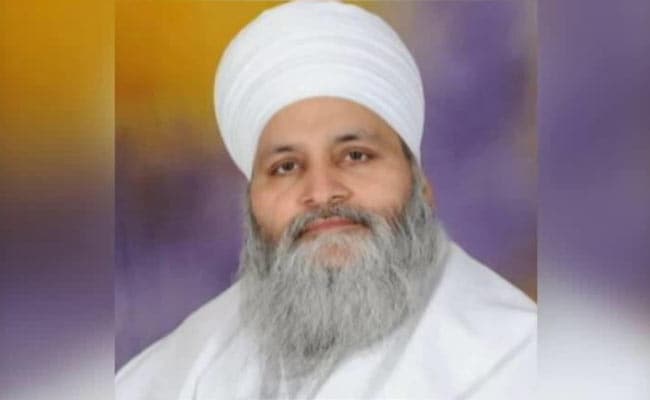 The 65-year-old Baba Ram Singh is said to have shot himself in a car on the border between Delhi and Sonipat in Kundli last night.

One day after a Sikh priest who supported the peasant protests died by suicide on the Delhi-Haryana border, ML Khattar, the chief minister of Haryana, expressed his grief and said that Baba Ram Singh had his life in service dedicated to the people.

This is the first official death response from the BJP-ruled Haryana, which has tightened policy over the peasant protests. The opposition said the “brutality of the central government has crossed all borders”.

“I am saddened by Baba Ram Singh’s death. He has spent his entire life serving people and only living for others,” Khattar tweeted.

Baba Ram Singh, 65, a priest in a Gurdwara in Haryana, is said to have shot himself in a car on the Delhi-Sonipat border in Kundli last night, two kilometers from the epicenter of the week-long peasant protests on the Singhu border.

In a note, he said he sacrificed his life “to express anger and pain against the government’s injustice”.

“I feel the pain of farmers struggling to uphold their rights … I share their pain because the government is not doing them justice. Dealing injustice is a sin, but it is also a sin to tolerate injustice. Farmers To support, some have returned their awards to the government. I have decided to sacrifice myself, “the handwritten note reads.

According to his supporters, his funeral will take place in Karnal on Friday.

Opposition leaders have been tweeting since last night, offering condolences and targeting the ruling BJP.

“Sant Baba Ram Singh from Karnal died by suicide over the condition of the farmers on the border with Kundli. My condolences at this moment of grief … many farmers have sacrificed their lives. The Modi government has exceeded all limits of cruelty. Listen You on being adamant, take back the anti-peasant laws, “Congress Rahul Gandhi tweeted in Hindi.

“I am concerned to hear that Sant Baba Ram Singh ji Nanaksar Singhra whale shot himself on the border with Singhu in Kisan Dharna to see the suffering of the farmers. Sant ji’s sacrifice must not be in vain. I urge the Indian government not to let the situation worsen and repeal the 3 agricultural laws, “tweeted senior Akali Dal leader Sukhbir Badal, a former BJP ally.

“The news of Sant Baba Ram Singh Ji’s suicide is very painful. In this hour of grief, condolences to his family. Our farmers ask for their rights. The government should listen to the farmers’ voice and withdraw the three laws,” said Delhi Prime Minister Arvind Kejriwal wrote.

Since late November, tens of thousands of peasants have gathered on the Delhi borders from Punjab and Haryana to protest against three laws passed in September. They believe that the laws – which the Center for Agricultural Reforms said are necessary – will deprive them of the guaranteed minimum income and leave them open to corporate exploitation.

More than 20 of the protesters have died, say farmers.

The Supreme Court told the government on Wednesday that the negotiations had so far failed and were unlikely. The court proposed a panel with representatives from the government and farmers to find a solution before the protest became national.

“Your negotiations will fail again because they are inconsistent. Give us names of (peasant) organizations that may lie ahead of us … This will soon become a national problem and must be resolved through negotiations,” said the Indian Colonel Judge SA Bobde said.