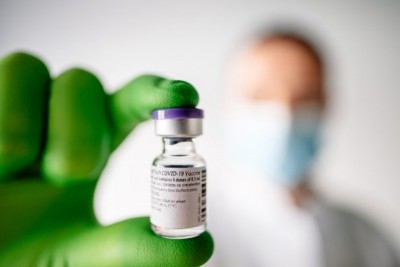 By Ashish Srivastava
New Delhi, Dec 16: The country’s cold storage network is projected to hit 37,000 as Union states and territories are expected to add at least 8,000 more cold chain points in the coming months as the country presses ahead with preparations for the COVID-19 launch of vaccines a member of the National Expert Group on Vaccine Administration for COVID-19 (NEGVAC) told IANS.

Around 29,000 cold chain points are currently being created for the mega COVID immunization campaign.

The member told IANS that the government had asked all states and UTs to expand their existing network of cold chain warehouses. “They told us that they would allow up to 8,000 cold chain points in the coming months,” said the member.

“We expect every state and UT to add at least 200 cold rooms to their existing infrastructure. However, the number could also increase, ”he added.

The member also said the expected addition of cold chain points would be in primary health centers (PHCs). “District hospitals and community health centers already have the infrastructure to hold vaccines. Many high-load PHCs also hold cooling devices. We want to continue expanding the infrastructure to include those PHCs that are outside the scope of vaccine retention for a universal vaccination program, ”he said.

However, not all PHCs are used as cold chain points. The member further announced that the decision is left to the respective states and territories.

According to the centre’s guidelines for the COVID-19 vaccination campaign, 100 to 200 people would be given the vaccine in each session per day. You will be monitored for 30 minutes after the adverse event shots are administered. Up to nine vaccine candidates for COVID-19 are in various stages of clinical trials that could be ready for approval in the near future.

The latest addition to the herd is the indigenous mRNA vaccine candidate (HGCO19) developed by Gennova Pharmaceuticals. It received approval for human clinical trials on December 9th.

Disclaimer: This story is generated automatically by the IANS service.