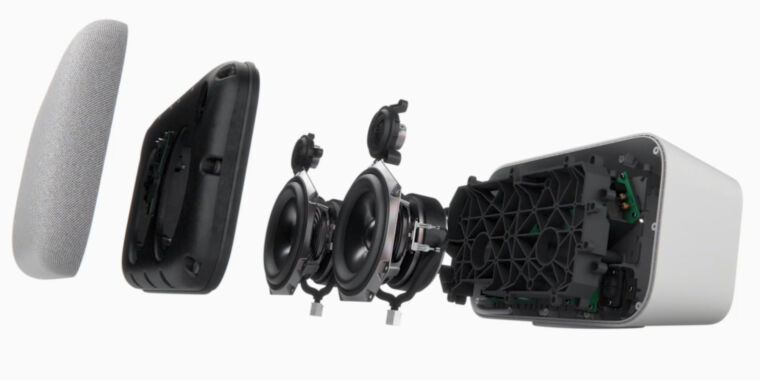 Google’s largest smart speaker, Google Home Max, is dead. The speaker is listed as “sold out” on store.google.com, and the company told Android Police, “We sold out Google Home Max and will no longer make the device. ” If you wanted Google’s 12 pound mega speaker, this is probably your last chance to check the internet for late-breaking stocks. At the time of writing, Verizon still has a few.

The Google Home Max was released in 2017 along with the Google Home Mini. Costing a whopping $ 400, the Max was the only Google speaker with a 3.5mm AUX input along with the bigger, better sound. It also had a mysterious USB-C port on the back that, as far as I can tell, could only ever be used for a wired ethernet dongle rather than connecting via WiFi. (If this was always intended, why not just use an Ethernet port instead of USB?) Both the original Google Home and Google Home Mini have received sequels – Nest Audio and Nest Mini, respectively – over the past 14 months, but this Google Home Max is about to be killed. I would guess Google never sold that many of them.

The death of Max is Google’s exit from the larger smart speaker market, where it was by far the most expensive entry. The main competition for assistants, the $ 300 Apple HomePod and the $ 200 Amazon Echo Studio, now have to compete against each other. It sounds like even Apple has had a tough time in the premium smart speaker market, as the HomePod saw a permanent drop in price from its introductory price of $ 350.

Google’s high-end smart speaker is now just the regular Nest Audio for $ 100. Google notes that you can buy two of these and pair them for stereo sound, but that can’t match the performance of the Max. There are also third-party Google Assistant speakers that offer better sound, especially the $ 200 Sonos One.