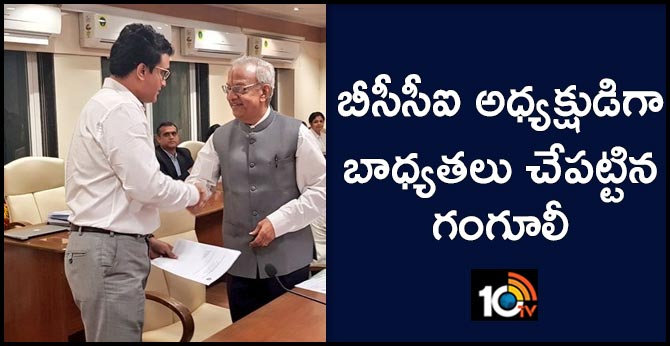 This marked the end of a 33-month rule by the Supreme Court-appointed Committee of Administrators. Ganguly, 47, was officially inducted into the BCCI at the General Body Meeting. With this, Dada will take key decisions in the BCCI.

The process of nominations for the BCCI Presidential race, the scrutiny ended rather than as usual. Ganguly took the reins of the board as no one except Ganguly was nominated for the BCCI presidency. Ganguly will continue as BCCI president for almost 10 months (September 2020). Dada is currently the President of the Kolkata Cricket Board (CAB).

Mumbai: Sourav Ganguly takes charge as the President of Board of Control for Cricket (BCCI). pic.twitter.com/H3GgszLNKt