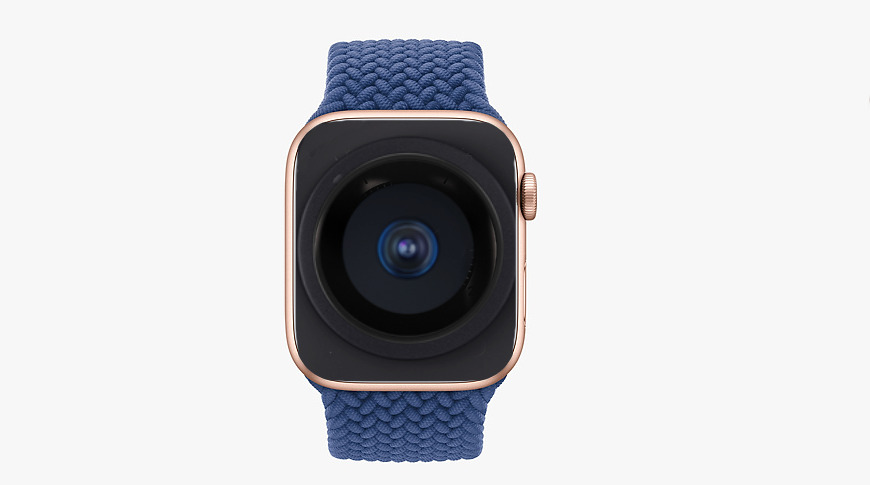 The display of a future Apple Watch, iPhone, or Apple screen may include a camera and camera flash that are only visible from the outside when needed.

The only thing stopping the Apple Watch from using a wrist-worn video communicator that is popularized by a lot of entertainment is that it lacks a camera. Apple may have now solved this with a newly issued patent that partially describes the embedding of a camera and a flash in a display.

“Electronic devices with two-tier displays” deals with the manufacture of a screen with layers of different display technologies. It’s supposedly for every device with a screen imaginable – and Apple lists the widest possible range – but much of the patent describes the Apple Watch.

“Displays can also be unattractive when not in use,” it continues. “In some configurations, devices have unattractive windows for cameras and flashes.”

If this description makes you think of the notch on the front of an iPhone or the camera bumps on the back, this patent can potentially be used to solve both of these problems. The main thing, however, is a detailed description of how a small screen can contain layers that provide different functions for the Apple Watch.

“An electronic device can be equipped with a two-tier display,” it says. “The display may have an inner layer with an array of pixels for displaying images and an outer layer formed from a light modulator with an array of cells, each of which can be placed in a transparent mode or a light blocking mode.”

The patent first describes a type of fast-reacting display that can display video. In addition, there could be a second level of display that is normally used to display slowly changing images such as text.

This layer can effectively be turned off to allow users to see the video on the layer below, or it can be turned on to change the appearance of the device. In this case, a camera shutter can “have an appearance that matches the housing of the electronic device”.

“When images are to be captured, the control circuitry in the electronic device can temporarily place the shutter in a transparent mode to allow light from a flash and / or light imaged by the camera to pass through,” the patent continues.

Eight inventors are credited with this patent, including the prolific James R. Wilson. His earlier work includes related patents on how Apple Glass could also contain cameras that are hidden when not in use.