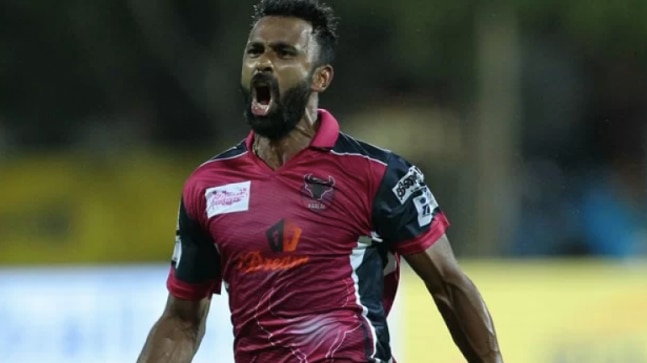 Former Tamil Nadu and Chennai Super Kings Pacer Yo Mahesh announced his retirement from all types of cricket at the age of 32.

Yo Mahesh calls it a day and announces his retirement from cricket. (Image source: TNPL)

Vijaykumar Yo Mahesh, popularly known as Yo Mahesh, announced his resignation on the eve of his 33rd birthday. The former Tamil Nadu Quick was first signed by the Delhi Daredevils and then represented Chennai Super Kings in the Indian Premier League (IPL).

“To begin with, I would like to thank BCCI for the opportunity to represent India at the U19 level and India A-level. It was an honor and I am proud to call it the highest point of my career,” said Yo Mahesh in his testimony on twitter.

“For my two IPL franchises, DD and CSK, who trust me to represent them and give me the opportunity to share the locker room with the legends of the game. The past five years have been injury-related, but I’m grateful to me would like to thank my state cricket Tamil Nadu Cricket Association for sponsoring me from the age of 14 and completing first-class cricket at the age of 12, ”the statement said.

Mahesh has recalled his greatest moments in his long career as a cricketer, which was marked by injuries and hoping for a future in the game despite his retirement.

“I felt that the time was right to leave the game. I am satisfied with what I have achieved. I could have played more without the injuries, but there is no regret. For the U-19s and India A-Teams to be selected. ” were the highlights of my career. Playing my role for Tamil Nadu has been very fulfilling, “Yo Mahesh told TOI.

“I am very grateful to the BCCI, TNCA, and India Cements that have looked after me over the years. I am also grateful to my family and friends for their support,” he said.
Yo Mahesh doesn’t rule out playing in overseas T20 leagues in the coming future. “I would love to be part of every opportunity that presents itself. I am also passionate as a skill coach as well as a strength and conditioning trainer. So I keep both options open and I am excited to see where the future will lead me,” he added.