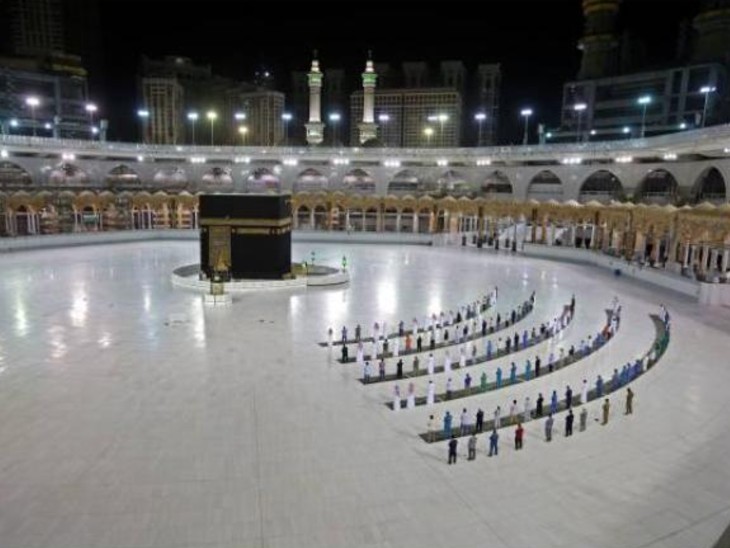 The Saudi Arabian government on Wednesday banned the entry of 20 countries in the world during the ban.

There is great news for Muslim religious people that this year Haj pilgrimage is also in trouble. The Saudi Arabian government on Wednesday banned the entry of 20 countries in the world during the ban. India is also included in these countries. The initial period of this ban, imposed due to deteriorating conditions from Corona, is currently set until May 17, but it has also been mentioned that the situation will be reviewed again after this date.

The Government of Saudi Arabia has given this information through its authorized Twitter account, saying that travelers from banned countries will not be able to reach Saudi Arabia despite being from any other country. Among the countries where Saudi Arabia has banned entry are United Arab Emirates, Germany, United States of America, Indonesia, Japan, Italy, Pakistan, Brazil, Portugal, South Africa, Sweden, France, Lebanon, besides India.

There will be trouble on Haj as well

Last year, a limited number of people were able to join the pilgrimage due to deteriorating conditions from Corona. During this time travelers from India were not allowed entry. Around 65 thousand people from across the country have applied for the Hajayatra to be held in the month of June this year. These include about two and a half thousand applications in the state. The process of preparations, which usually starts by this period, has been stalled due to lack of guidelines from the Saudi Arabian government at present.

By the way, in Saudi Arabia, people go on a year round Umrah (a religious visit to Saudi Arabia). For the period of 14 days to one month, people reach Saudi Arabia at the most in the month of Ramadan. In such circumstances, due to the ban imposed on Wednesday, people will not be able to go for Umrah. The month of Ramadan will end until the ban period is May 17.

There are more news …