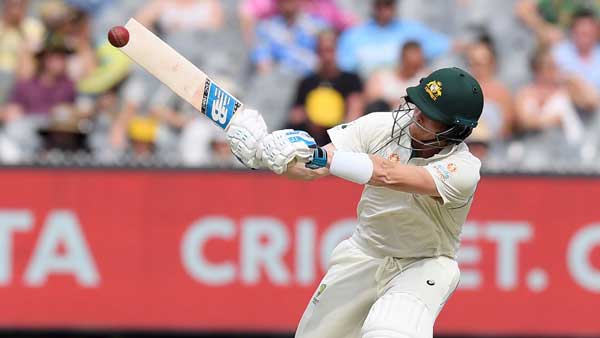 Adelaide: The Test series between India and Australia starts in two days. This is a long series that lasts for about a month. The first Test between the two teams starts on Thursday. Under these circumstances, it is disturbing that Australian star batsman Steve Smith is moving away from the left. Those batsmen who landed on the ground for the left .. led the dressing room again in 10 minutes. Never came back again. He seems to be suffering from back pain.

With the first Test match about to start in two days, the injury of another star is confusing the Kangaroo team. On Tuesday he stepped into the Adelaide ground with Steve Smith to take part in the vamp, net practice. Did net practice for a while. Participated in batting practice with fellow members in the Nets. He could not stay in the nets for long. He could not bat for an hour.

He had some trouble throwing the ball and fielding. After appearing on the left he seemed to be no longer able to bear the pain. Within 10 minutes of participating in the left he went to the dressing room. Never come back again. An Australian team spokesman has revealed that Steve Smith is suffering from back pain. While fielding, he said he was found to be having trouble throwing the ball.

He explained that his back pain was not serious and there was no need to worry. However, two days before the Test match, Vamp and Steve Smith’s move from net practice to the dressing room is causing a stir among team members. Cricket Australia seems to have noticed this situation in advance. Cameroon Green taken into Test squad Revealed that he had been taken into the Test squad.

The star players in the Australian team are already suffering from injuries. David Warner has been ruled out of the squad due to a groin injury. He is likely to be fit by the second Test match. The young wave Will Pukovsky was subjected to concussion. It is doubtful that he played in the first Test. Fast bowler Mitchell Starc has already left the team due to personal reasons. He did not play in the T20s either. The recent suffering of Steve Smith with back pain has left the Aussies worried.