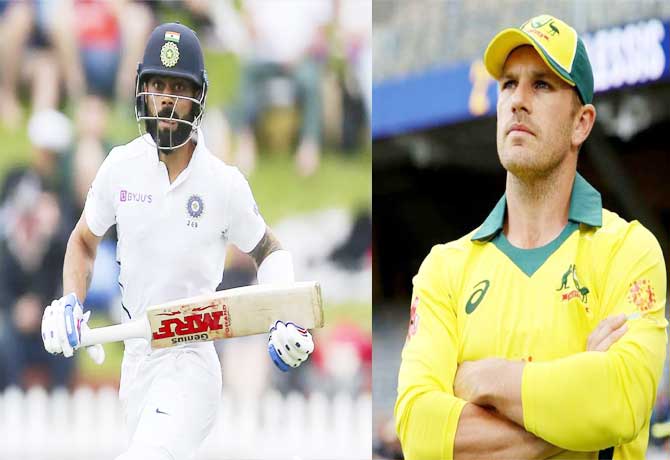 SYDNEY: Australia limited-overs captain Aaron Finch has said he will punish team captain Virat Kohli ruthlessly if he provokes him too much. Finch advised his teammates to be careful when facing Kohli in the first Test in Adelaide from Thursday. He said that there was a war of words between the two teams for many years and he doubted that it would happen again. He said that when there is a player called Dhee in both the teams, such things can definitely happen.

Finch, however, advised that there was now a congenial atmosphere between the two teams and not to provoke Kohli in such circumstances. The Aussie limited-overs captain said Kohli was calm outside the field as a person. Virat understands the game and wakes up. He also said that Virat was surprised to see his plans to captain the Bengaluru team in the IPL. He said he has complete confidence in every player. Meanwhile, in the recently concluded limited overs cricket, Australia won the ODI series led by Finch by 2 1 and lost the T20 series by 1 2. The two teams will meet in a four-Test series from the 17th of this month in this order.