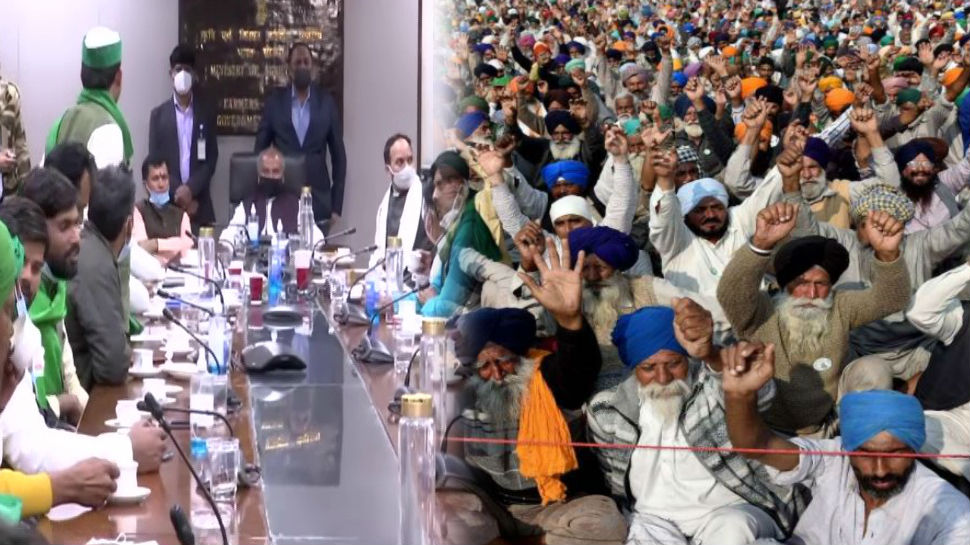 new Delhi: On the one hand, the farmers’ movement against the new agricultural laws continues (Farmers Protest), on the other hand, many farmer organizations have come in support of these laws. Even today, with the meeting of Agriculture Minister Narendra Singh Tomar, farmers have supported the new agricultural laws. The leaders of the Bharatiya Kisan Union (Kisan) have appealed to the Agriculture Minister not to repeal the agricultural laws. On the other hand, the peasants on the Singhu border have announced to intensify the movement and have made a strategy ahead.

‘Law not canceled’
Agriculture Minister Narendra Singh Tomar has said that the leaders of the Bharatiya Kisan Union reached to meet at the Krishi Bhavan. During this time all of them have strongly supported these laws. He said that a great work has been done under the leadership of Prime Minister Narendra Modi. The farmers have fully supported the new law. Before that, even before, the farmers organizations of Haryana met the Agriculture Minister and handed over letters in support of the new law. The government says that the law is in the interest of farmers.

‘Farmers are getting benefit’
Speaking at the Agro-Food Processing Summit organized through the AgroVision Foundation through a virtual medium, Agriculture Minister Narendra Singh Tomar has said that the benefits of reforms introduced in the agriculture sector through the new laws implemented by the central government will benefit the farmers of the country. Has started meeting Regarding the farmers’ movement, the Union Agriculture Minister said, ‘Some farmers’ organizations are carrying out the movement, which are being explained the benefits to the farmers. In the coming years, the agricultural world will get a lot of benefit from these reforms and they will prove to be highly beneficial for the farmers.

13-14 Farmers ‘Martyrs’!
Today there was a meeting of farmer organizations on the Singhu border of Delhi. During the meeting, farmer leader Jagjit Singh Dhallewala told, two meetings have been held at Punjab and country level. In these meetings, tribute was paid to the peasant brothers who were ‘martyred’ during the movement. He claimed that every day a farmer is being martyred, so far 13-14 farmers have been ‘martyred’. Farmer leader Rishipal Amavata, while targeting the government, said, “This government is anti-farmer government, the country’s farmer has now awakened.” He said that the ordinance should be returned as it is brought. On the 20th, silence will be kept for the peasant brothers who lost their lives during Andon. He said that we have gathered here to sacrifice.

What are demands
Explain, among the three new laws implemented by the central government, the leaders of farmer organizations are demanding that the Farmers Produce Trade and Commerce (Promotion and Facilitation) Act 2020, Farmers (Empowerment and Protection) Price Assurance and Agricultural Services Agreement Act Includes 2020 and Essential Commodities (Amendment) Act 2020. However, the list of farmers’ demands is long. Leaders of farmer organizations are also demanding a new law to guarantee the purchase of all notified crops on the minimum support price (MSP), while the government has given written assurances to continue the current system of procurement of crops on the MSP Has said Apart from this, his demands include abolition of provisions of stricter punishment and fine in the ordinance related to stubble burning and withdrawal of the Electricity (Amendment) Bill.