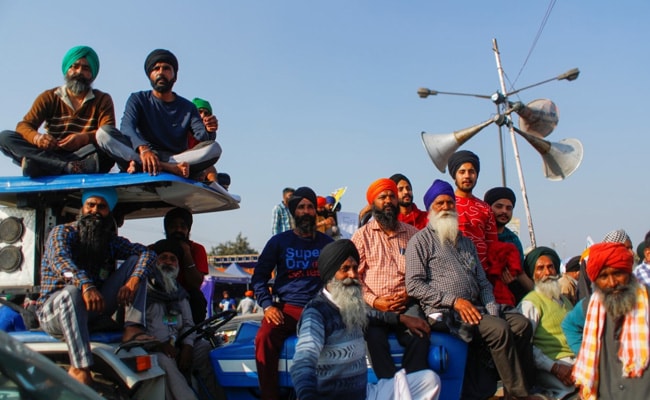 Farmers Protest at Delhi: For the last 25 days, thousands of farmers have been protesting at the Delhi border demanding withdrawal of all three new agricultural laws.

National Capital Delhi Border But for the last three weeks Farmers Protest One of Punjab’s who plays an active and important role among Farmers Organization He has been accused of taking funds from abroad without completing the legal process. The bank has warned the farmers organization to complete the necessary registration as soon as possible. Name of the organization which has been charged Indian Farmer’s Union (The Ugrahan) is (The Bharatiya Kisan Union (Ugrahan)).

Union general secretary Sukhdev Singh Kokri Kalan has said that he was called by the officials of Punjab and Sindh Bank in Moga district of Punjab and told about a mail from the forex department. Singh said that his organization has received between 8 and 9 lakh rupees in the last two months, about which the bank officials had summoned us. He told that this money is usually sent by Punjabis living abroad who have been donating regularly for social causes.

BKU (Ugrahan) chief Joginder Ugra said, “We are not taking money from any commission agent, then what is the problem?”

Singh said that when the bank gives notice to him in writing, his organization will give an answer on it. BKU (Ugrahan) chief Joginder Ugra said, “All the diaspora Indians who are sending us funds, they are from Punjab and are living abroad. They are only helping. What is the problem in this? There is protest. We are not taking the help of any economist or commission agent? “

Let me tell you that in the past years, the NDA government has tightened the rules for taking funds from abroad and has taken action on many NGOs for violating the rules.

Meanwhile, Punjab Chief Minister Amarinder Singh has said that the use of tax laws on farmers ‘organization is a malicious attempt of the Central Government to reduce and suppress the farmers’ protest against the controversial agricultural laws. The agitation of farmers continues today on the 25th.