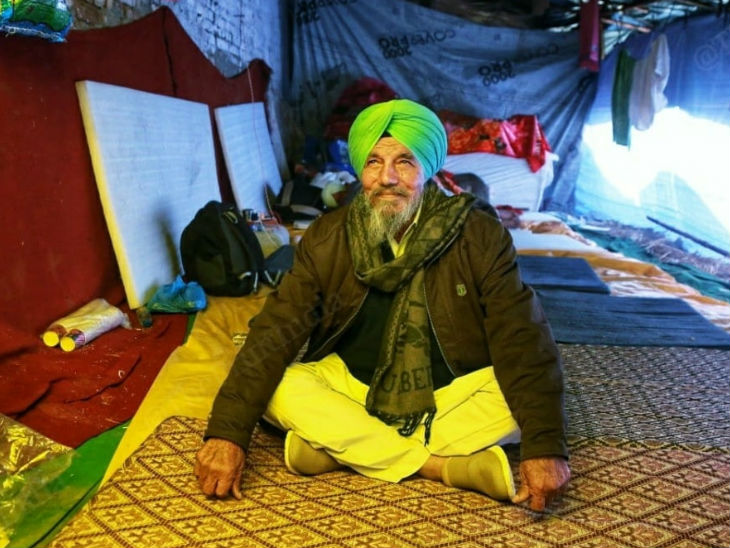 Joginder Singh Egrahan, president of the Bharatiya Kisan Union (Ekta Ugrahan), sitting in his tent during the farmers movement on the Delhi border.

Demonstration of farmers continues on the Delhi border against agricultural laws. Meanwhile, the Bharatiya Kisan Union (Ekta Ugrahan) (BKU Ekta-Ugrahan) has said that the central agencies have asked them the details of registration for taking foreign donations. Here, Kisan Ekta Morcha has accused Facebook of blocking his page under pressure from the central government.

The BKU Ekta-Ugrahan involved in the demonstration is the largest farmer organization in Punjab. The president of the organization Joginder Ugrahan and general secretary Sukhdev Singh said that the government wants to suppress the farmers’ movement by putting pressure. Registration is required to receive foreign donations under the Foreign Contribution Regulation Act (FCRA).

On the other hand, Kisan Ekta Morcha said – Facebook blocked our page after posting a video to protest the government’s claims on agricultural laws. All this is happening under pressure from the central government.

Sukhdev Singh of BKU said that the FCRA department of the Center has sent an e-mail to our bank in Punjab. In this, we have been asked to give the details of registration about foreign donations received. In the e-mail, it is also said to send the funds back. Singh said- the bank manager showed me the e-mail of the forex department. At present, such a demand means that the Center is putting all kinds of obstacles to suppress the agitation against it.

Farmers will consult CA or lawyer

Asked about the amount of foreign funds the organization has received so far, Singh said – We have not yet counted this amount. We will consult a Chartered Accountant (CA) or lawyer to answer the e-mail. At the same time, Ugrahan said- the Income Tax Department first raided the adhatis (commission agents), because they were supporting the farmers. Now that our organization is very large, the Center is targeting us.

Ugrahan alleged that details of NRI funds are being sought from us. NRIs from Punjab donate to help us with their hard-earned money. If they are supporting our movement, then what is the problem? People also help us in Punjab. But, the Center is targeting us because their only aim is to end our movement.