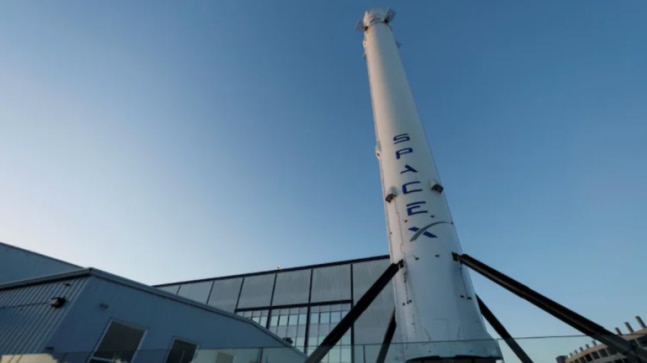 A creative agency in Los Angeles, Activista, placed a billboard in front of SpaceX’s California headquarters saying “Mars Sucks”. It criticizes Musk’s plans to colonize Mars, noting that Earth should be prioritized.

Space X and Tesla CEO Elon Musk’s plans to colonize Mars are not unknown to its supporters. Back in 2016, Musk had determined at a conference that the planned InterplanetaryTransport System (ITS) should transport at least 100 people per flight to Mars. SpaceX envisions a self-sustaining colony on Mars within the next 50 to 100 years. So far, Starship test flights have seen explosions, but according to Musk, SpaceX plans to make an orbital flight by July. Spaceships are reusable spaceships built by the company in South Texas. Earlier this month, Musk wrote on Twitter: “Make life multi-planetary! #Mars.”

Not everyone seems to agree with Musk’s interplanetary plans and would rather focus on saving Earth. A creative agency in Los Angeles, Activista, placed a billboard in front of SpaceX’s California headquarters saying “Mars Sucks”. “What doesn’t suck? Earth. But the way we openly treat it sucks, ”the company explained on Twitter. “And then you dream of Mars. A hellhole. A barren, barren wasteland that cannot be stepped on quickly enough. Great, we came to Mars. Now let’s make the earth a priority. “

The billboard was placed in front of the Space X campus ahead of Earth Day 2021 and expresses disappointment with Musk’s focus on Mars rather than restoring Earth. Musk believes that due to climate change, asteroids, or other disasters, the earth will lose its ability to get used to humans and that humans should be able to survive the earth. Colonization on Mars will help humans survive it, according to Musk. “About half of my money should go to help the problems on earth, and the other half should go towards building a self-sustaining city on Mars to ensure the continuation of life (of all kinds) in the event that the earth breaks down Meteor is hit like the dinosaurs or the third world war happens and we are destroying ourselves, ”he tweeted in 2018.

Musk also had his share of critics when it comes to his plans to colonize Mars. Senator Bernie Sanders said earlier this year, “Space is an exciting idea, but now we need to focus on the earth and create a progressive tax system so that children don’t starve, people are homeless, and all Americans have health care. The level of inequality in America is obscene and a threat to our democracy. “Musk replied to Sanders and said,” I am gathering resources to make life multi-planetary and to expand the light of consciousness to the stars. “

Microsoft co-founder Bill Gates had said in a podcast interview that he was not a Martian and would rather spend his money on vaccines and deal directly with “the greatest challenges facing mankind”. He had also noticed that he was not interested in buying a ticket to space. “No, I’m not a Mars person. I know a lot of Mars people. I don’t think rockets are the solution. But maybe I’m missing something there,” Gates had said.