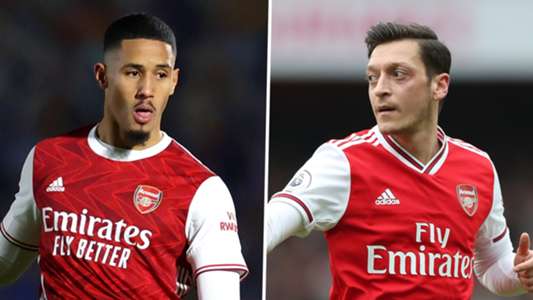 Arsenal technical director Edu said the club needed to “talk” to William Saliba about the young center-back’s future while admitting that the Gunners lack a creative spark in the middle of the field.

Saliba signed with Arsenal 18 months ago and was immediately loaned to Saint-Etienne for the season. The 19-year-old had received the tip to play a key role for his new club in the 2020/21 season.

However, things didn’t go according to plan for the Bondy-born defender as the French U20 starlet still needs to make a competitive appearance for Mikel Arteta’s fighting side.

In fact, Saliba recently said he was “locked up” behind the scenes in the Emirates while Arteta claimed the future of the mid-half will be “decided soon”.

And Edu has now admitted that the situation needs to be resolved and told an Arsenal fan forum: “Maybe he needs a little more time.

“He’s a smart talent. We need to speak to him and Mikel to plan the next year. “

Arsenal’s struggles on the pitch this season are well documented and were made even more apparent with their 1-0 loss to Burnley last time around.

The inability to create opportunities and scoring goals makes some wonder if Arteta is the right man to lead the club as the Spaniard Mesut Ozil was completely excluded from the squad, at least for the first half of the season.

The door appears to have opened for Ozil’s return in January, however, and Edu admits the club desperately needs a creative presence in the middle of the pitch.

“It’s pretty clear what we need,” he said. “We need a player with creativity in the middle, we don’t have that in the squad at the moment.

“As a Brazilian, I’m very open. I am not afraid to say things. We don’t feel comfortable in this situation. Every single club has problems. “

Commenting on a potential gap between Arteta and its players, Edu added: “The stories of a breakup between the players and Arteta are not true. Stories about players who don’t believe and don’t trust Mikel are not true. “