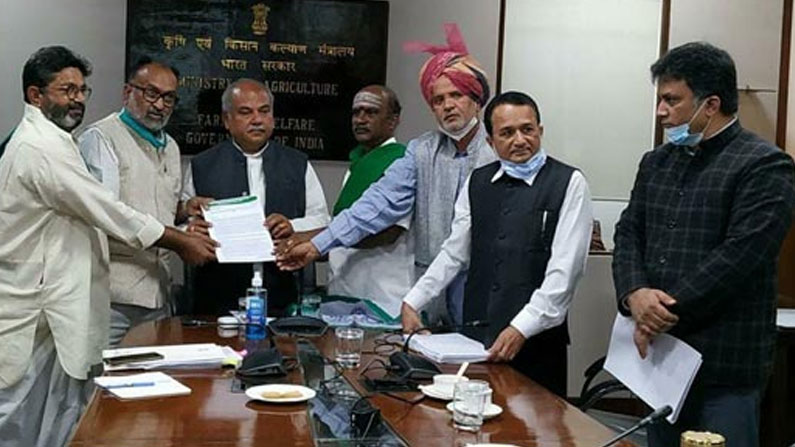 Farmers have been protesting for days on the borders of Delhi to repeal the new agricultural laws, while members of farmers’ unions in other states are backing them. Union Agriculture Minister Narendrasingh Tomar submitted their support report together. With this the matter has now become hottopic.

The new agricultural laws are in favor of farmers so we support them, the report said. The Center said they were ready for the amendments proposed by the government. Also advised not to withdraw new laws. Among those who met Tomar were members from Uttar Pradesh, Kerala, Tamil Nadu, Telangana, Bihar, Haryana and the All India Kisan Coordinating Committee. Speaking on the occasion, Union Agriculture Minister Narendra Singh Tomar said that Prime Minister Narendra Modi’s government had designed these laws to support farmers. He recalled discussing with him his experiences and the difficulties faced by the farmers. Still all farmers are advised to be aware of the need for new agricultural laws.