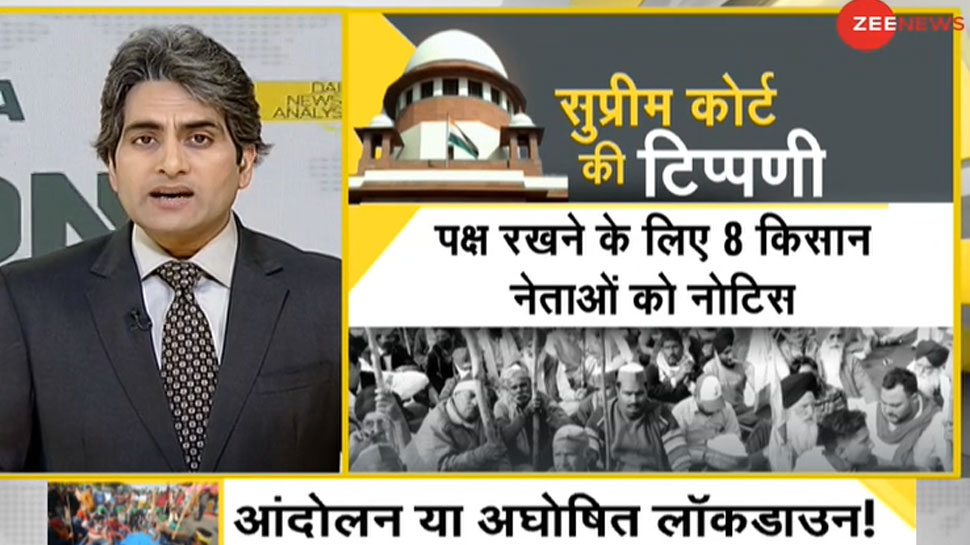 This is a very big catch in this news because, if the farmers representatives of the entire country besides the farmers of Punjab came to this committee, this movement will go in a new direction. So first of all understand that Supreme court What happened in

The Supreme Court said that this movement going on around Delhi can soon turn into a national issue.

Agriculture The farmers of Punjab are opposing the laws mainly
During the hearing on this matter, the Supreme Court said that a committee should be set up to resolve the matter, in which representatives of the government, besides the representatives of the Indian Farmers Union and the farmers’ organizations across the country. If this happens, then this movement can also be done in some other direction. Because if apart from the farmers of Punjab, farmers from all over the country came to this committee and they said that they are new Agricultural laws If you are in favor of it then think what will happen? It is very possible that this movement will weaken, because the farmers of Punjab are opposing these laws mainly. The number of farmers in Punjab is around 11 lakhs while there are 15 crore farmers across the country. That means a very small number of farmers are participating in this movement.

Apart from this, the Supreme Court said that tell us the names of those leaders of farmers who can come to the court. Because without listening to the farmers, the court cannot pronounce any decision. Today, 8 farmer leaders will put the farmers’ side in court.

There is no result from the government’s interaction with farmers
Meanwhile, from the Central Government, the Supreme Court was told that no result has come from the dialogue with the farmers because, the farmers want a yes or no answer on the issue of removing new agricultural laws from the government. Therefore, despite all the meetings with many ministers of the central government, all round of negotiations failed. Solicitor General Tushar Mehta, who is appearing for the government in the Supreme Court, also said that apart from the farmers, some other people have started taking interest in this movement.

However, the government also assured that it will not do anything which is not in the interest of farmers.

After this, the Supreme Court issued notices to the governments of Delhi, Haryana and Punjab besides the Central Government and sought their response.

Now the Supreme Court can decide on whether the roads closed by farmers should be evacuated or not.

After the hearing, it has been said from the government that whatever decision of the Supreme Court will be accepted by the government. But the farmers have made it clear that they will not send any of their representatives to the committee.

Farmer leader Sant Ram Singh commits suicide
Meanwhile, a farmer leader Sant Ram Singh committed suicide by shooting himself near the Singhu border. A suicide note has been found from them. It is written in the suicide note that the pain of the farmers is not seen from them, the farmer is sitting on the road, sitting on the border, it is also a sin to suffer persecution and to see it is a sin.

Decision to create a media cell
Meanwhile, farmer organizations have also decided to create a media cell of their own and now farmers will run a campaign on social media with the help of this media cell. We have been saying this for many days that farmers should take the campaign out of the streets on social media because this method of agitation is much better. Like it happened during the Mee Too movement.