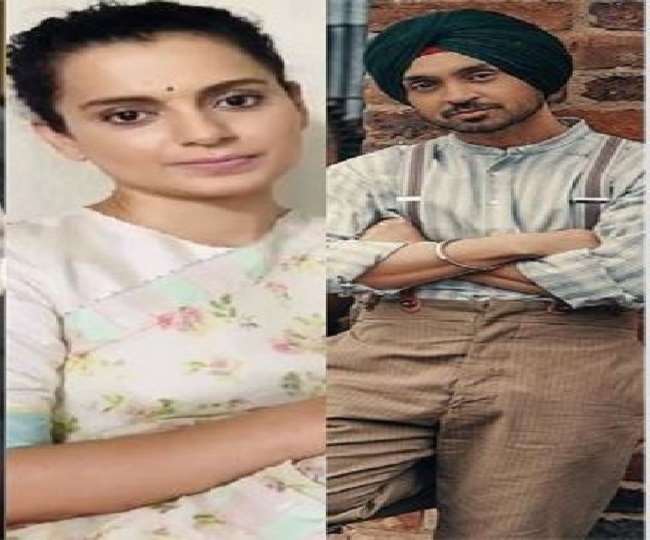 The fight which started a few weeks ago is now in a macabre form. This battle started when Diljit had beaten up Kangana for wrongdoing a female protester in the peasant movement. After remaining silent for a few days, Kangana Ranot once again Has sparked controversy with Kangana tweeted on Wednesday afternoon, pinching Priyanka Chopra and Diljit Dosanjh.

Kangana wrote that after instigating the farmers, Diljit and Priyanka Chopra have disappeared. Diljit Dosanjh has now reacted to Kangana Ranot’s claim and has also asked farmers to do some shame before calling them traitors. Reacting to a news, Diljit wrote, ‘Take away the doubt of disappearance. Who has given you the right to decide who is a nationalist and who is an anti-national? Where are you from? Are you ashamed She is calling farmers as anti-nationals.

Actually before this, Kangana had said, “I want @diljitdosanjh and @priyankachopra ji, who are seen in the role of local revolutionaries for the farmers, tell the farmers what to protest against them through at least one video , Both have disappeared by provoking the farmers, and look at the condition of the farmers and the country. ‘ Diljit also wrote, ‘I am missing the proverb of a Punjabi … You .. Who are you? I am silent